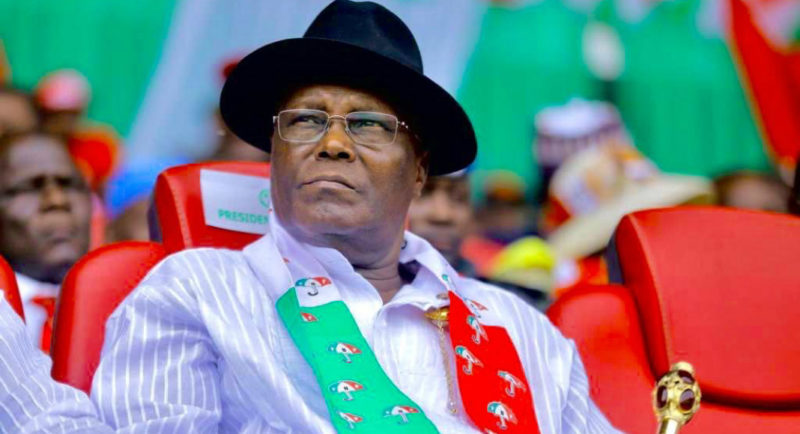 A former presidential candidate of the People’s Democratic Party, Atiku Abubakar, has claimed that the PDP is the best friend Nigeria could have.

Abubakar who was a former Vice President to former President Olusegun Obasanjo made the disclosure via his official Twitter handle on Monday.

“The @OfficialPDPNig has much to offer all parts of Nigeria, and I urge all Nigerians in all zones to keep faith with a party that has kept faith with Nigeria and will be equitable to all,” his tweet read.

MORE READING!  PHOTOS: Boy mistakenly kills self while allegedly trying to confirm if death by hanging is possible

This comes after reports surfaced that the party is faced with the inability to pay entitlements of its national secretariat staff.

Having lost the 2019 presidential elections to the President, Major General Muhammadu Buhari (retd) Abubakar is expected to run against come 2023.

How did Atiku Abubakar’s relationship with the PDP begin?

Although Abubakar has been an age-long member of the PDP, his political ambitions began way back in the 1980s. In 1993 he contested against late Moshood Abiola and Baba Gana kingibe and lost in the presidential primaries of the Social Democratic Party.

Prior to that, On 1 September 1990, Abubakar announced his Gongola State gubernatorial bid. A year later, before the elections could hold, Gongola State was broken up into two – Adamawa and Taraba States – by the Federal Government.

Abubakar fell into the new Adamawa State. After the contest, he won the SDP Primaries in November 1991 but was soon disqualified by the government from contesting the elections. – Wikipedia

Abubakar joined the PDP in 1998 and won the December 1998 governorship elections, but wasn’t sworn-in because he accepted a position as the running mate to the PDP presidential candidate, former military head of state General Olusegun Obasanjo. They won and led Nigeria form 1999 to 2007.

After the end of his second term as a Vice President, the PDP then continued ruling Nigerian with Umaru Yar’Adua and Goodluck Jonathan in 2007.
Jonathan then took over after the death of Yar’Adua in 2007 and went on to win the presidential election in 2011 alongside Namadi Sambo but failed to win his re-election in 2015 marking the end of the PDP’s 16-year rule in the country.
The party currently has at least 16 sitting governors across the 36 states of the federation, having recently won Edo State from the opposition All Progressives Congress (APC) following the defection of Governor Godwin Obaseki after his first term as an APC gov.