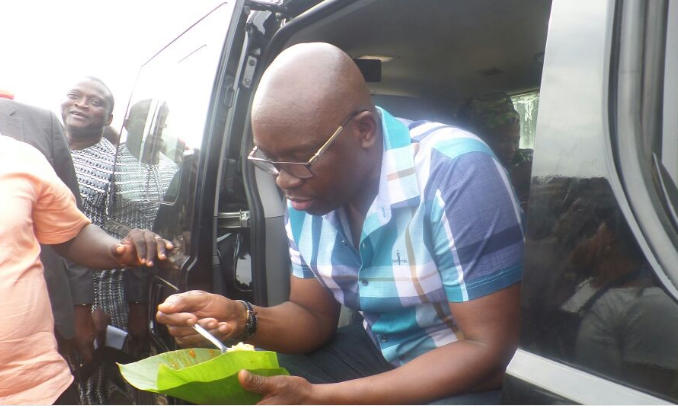 Omotunde regretted that rather than move forward, Ekiti retrogressed under the former governor.

The cleric said the state urgently needs repairs, resuscitation and rejuvenation to put it back on the right track.

“The Peoples Democratic Party (PDP) had a golden chance to make a difference in the lives of Ekiti residents but abused the opportunity to the extent that the people became slaves under them.”

READ ALSO! I BURIED MY AMBITION BECAUSE EKITI ELECTION WAS RIGGED! Ayo Fayose backs out of 2019 presidential race

The cleric warned the ruling All Progressives Congress (APC) administration to learn from the mistakes of the immediate past government and never disappoint the masses looking up to it for good governance and redemption.

Omotunde spoke yesterday at a thanksgiving service in honour of Deputy Governor Bisi Egbeyemi at the Cathedral Church of Emmanuel, Okesa, Ado-Ekiti, the state capital.

The bishop said Fayose’s unrelenting criticisms and opposition to President Muhammadu Buhari denied Ekiti many benefits while other PDP governors attracted projects to their states and got financial support from the Federal Government because of their good relationship with the President.

HE DOES NOT NEED A CERTIFICATE TO BE PRESIDENT! Buhari is qualified by Law to contest, says Kayode Ajulo