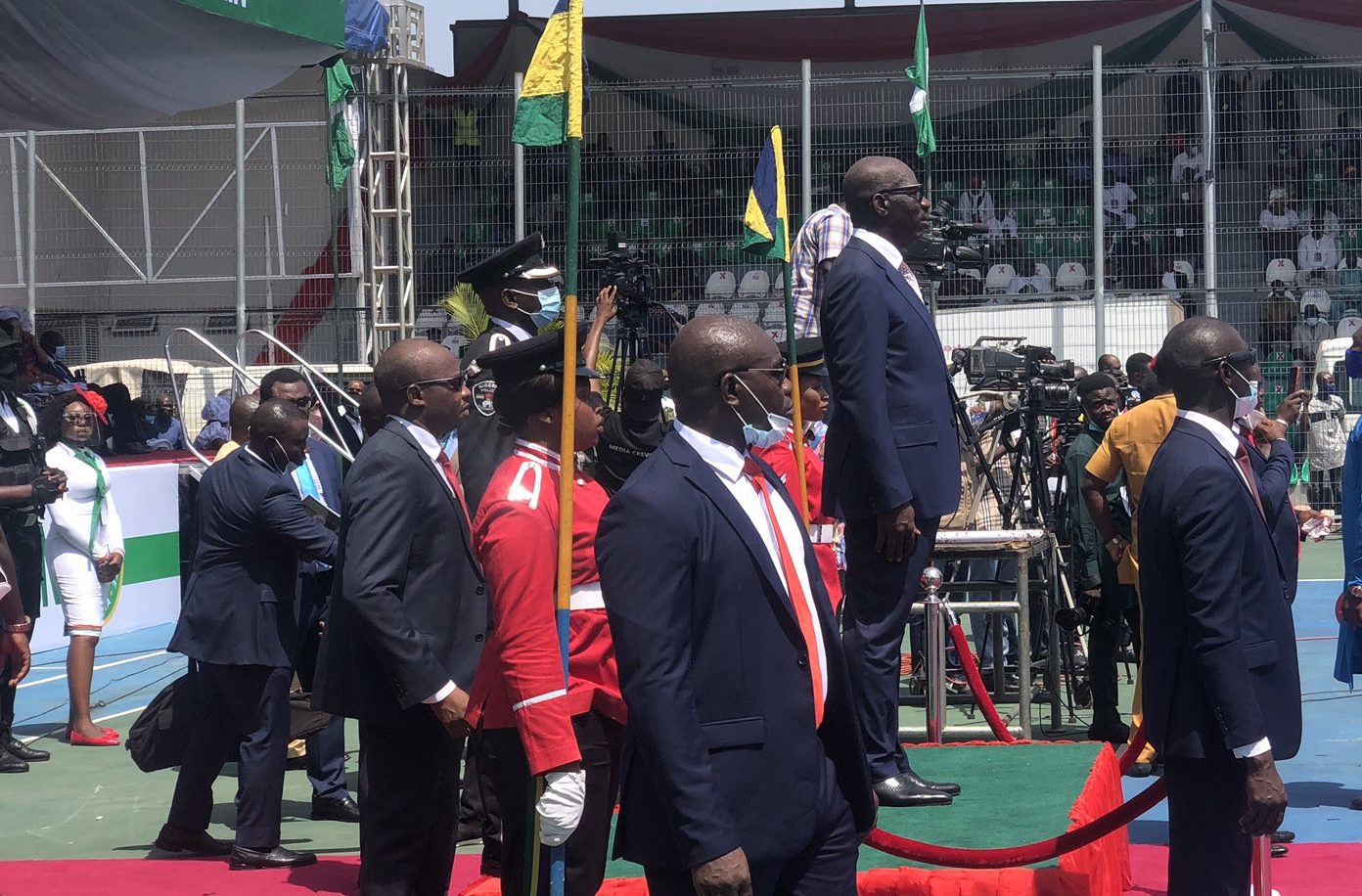 The Peoples Democratic Party, PDP, has congratulated Edo State Governor Godwin Obaseki and his Deputy, Philip Shaibu, on their swearing-in for a second term in office.

Chief Judge of the State, Justice Esther Edigin administered the Oath of Office during the ceremony which took place on Thursday at the Tennis Court of the Samuel Ogbemudia Stadium, Benin City.

The PDP took to its official Twitter account to congratulate both men as they continued what they started four years ago under the All Progressives Party (APC).

In attendance at the inauguration, were governors of the Peoples Democratic Party including Nyesom Wike of Rivers State, Aminu Tambuwal of Sokoto State, Ifeanyi Okowa of Delta State, and Duoye Diri of Bayelsa State.

PDP National Chairman, Uche Secondus, was also present at the event with some other party officials while Vice-President Yemi Osinbajo was represented by a government official.

Abolishing pension for ex-Lagos govs an idea from the oracle, says Shehu Sani