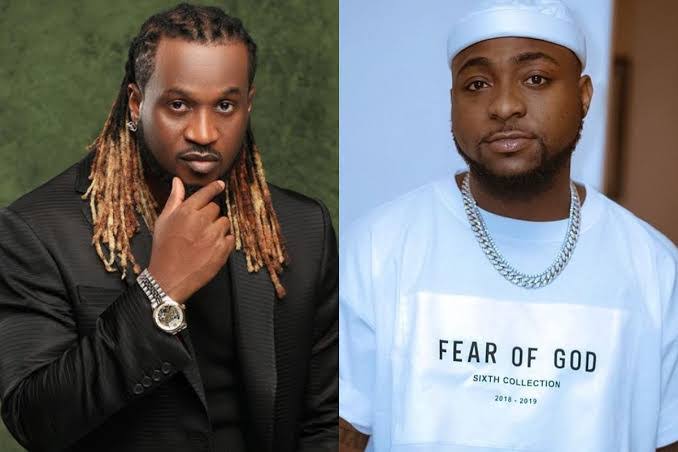 Singer Paul Okoye of the defunct Psquare has slammed Davido for describing the family and friends who attended his birthday as P*ssy.

Paul Okoye and his twin brother Peter Okoye celebrated their birthday a few days ago.

The brothers who both made up the defunct Psquare celebrated their birthday separately which has been their custom since they parted ways and started beefing each other.

The party thrown by Paul Okoye was also attended by those who were present at the one thrown by Peter Okoye.

This didn’t sit well with Davido who slammed the guests on social media.

“Y’all niggas that wen to Peter and Paul’s bday separately y’all pussy as fck!! Them niggas is TWINS !! Not my business but Shit hurts. I’m angry Walai,” he tweeted.

Not happy with the way Davido described his family and friends, Paul Okoye took him to the cleaners.

“On what level, and what Audacity do you have to call my family and friends p ssy… bro has it come to this? Am highly disappointed with you…,”  he said.

“You don’t have the right to insult my family and friends…. That’s f*cked up.”

He added: “For your infor …. 90% of those that came to mine still went to his… Same the other way round. And I respect their decision.”

My dad is the greatest of all time, says Wizkid’s son, Boluwatife