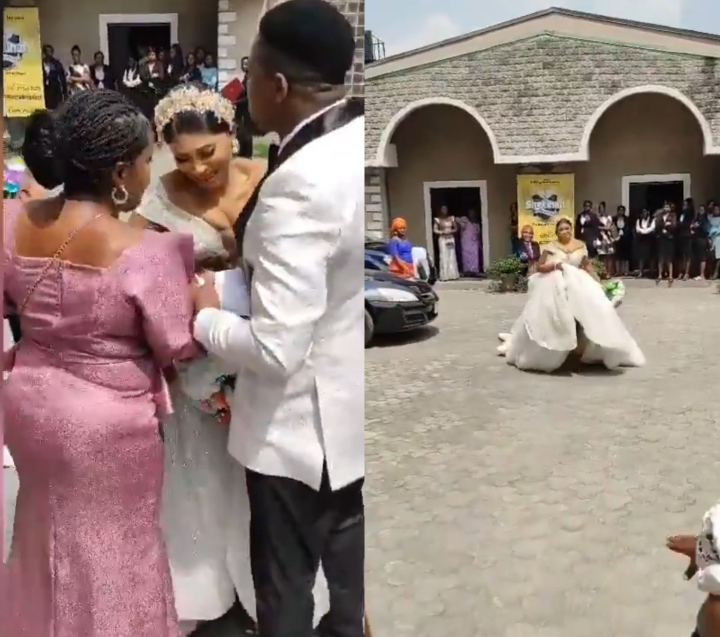 There was pandemonium in a church in Port Harcourt, Rivers State after a pastor refused to wed a couple for coming five minutes late to church for their solemnisation.

The chaos between church members and wedding guests started after the pastor, despite pleas by the couple’s families, went to his office and declined to wed them.

He left the couple waiting for one hour and allegedly said he will wed them at his own convenience inside his office, not in the church as expected.

At some point, the bride broke down in tears while the groom tried to console her outside the church building.

Those defending the pastor clashed with those who were on the side of the heartbroken couple.

“Annoying events at the wedding I was covering today in PH

“The couple came 5 minutes late and pastor left the church, kept us for 1 hour and said he’ll join them in his office after returning 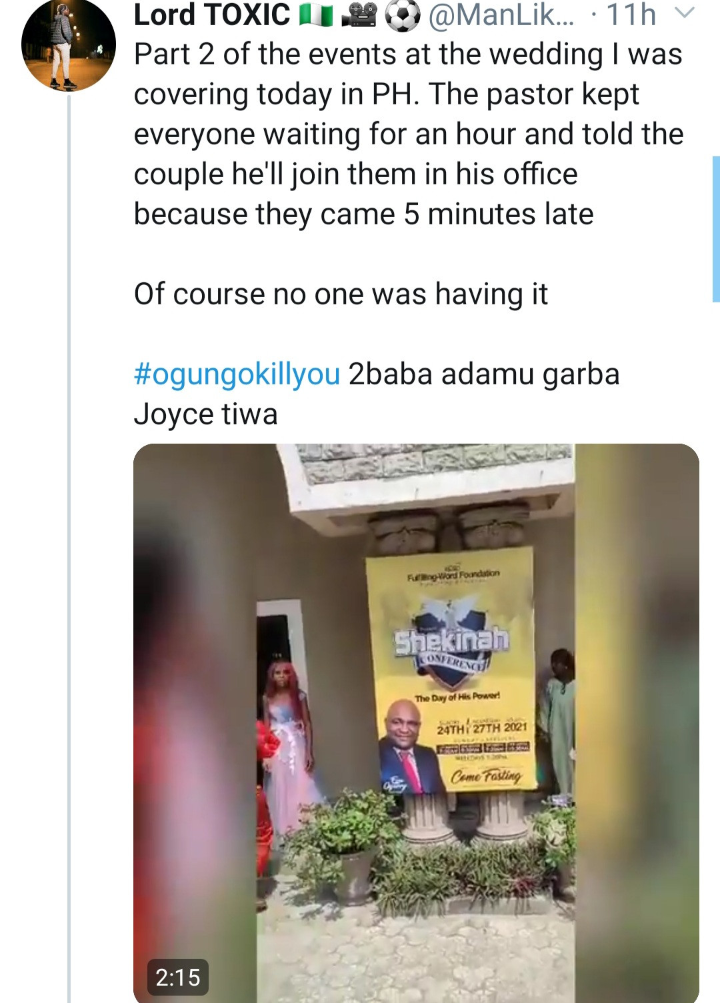 Eventually, the couple got tired of waiting for the pastor and got another person to serve as their officiating pastor.

Since the exchange of vows couldn’t hold in the initial pastor’s church, they did that in a hotel.

“Wedding done back at the hotel with a stand in pastor,” the photographer later gave an update. 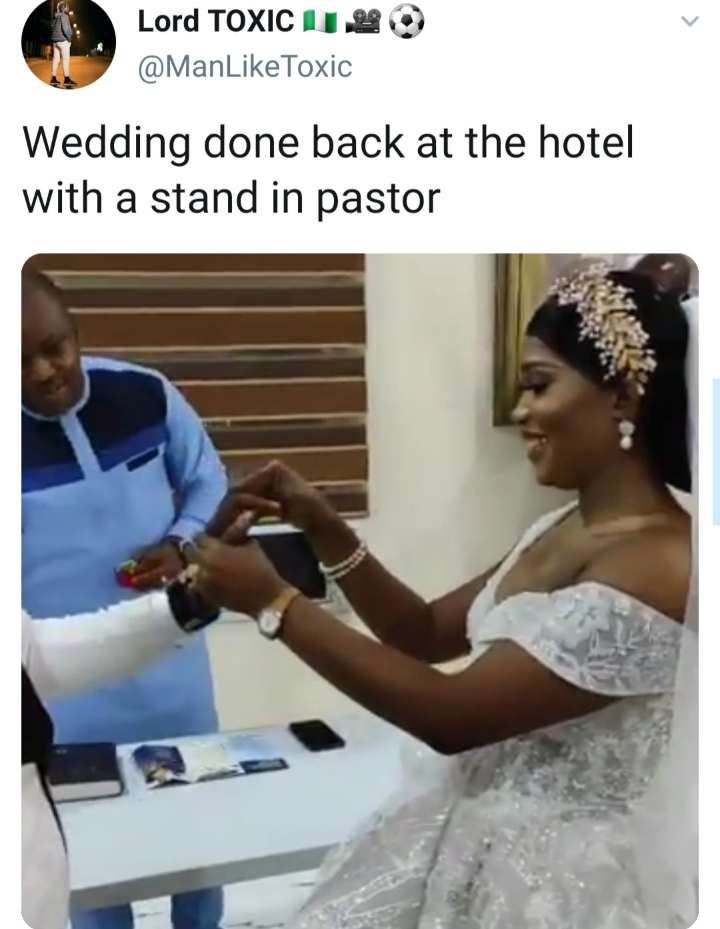 Woman stunned as boyfriend awards her ‘Certificate of Participation’ after intercourse