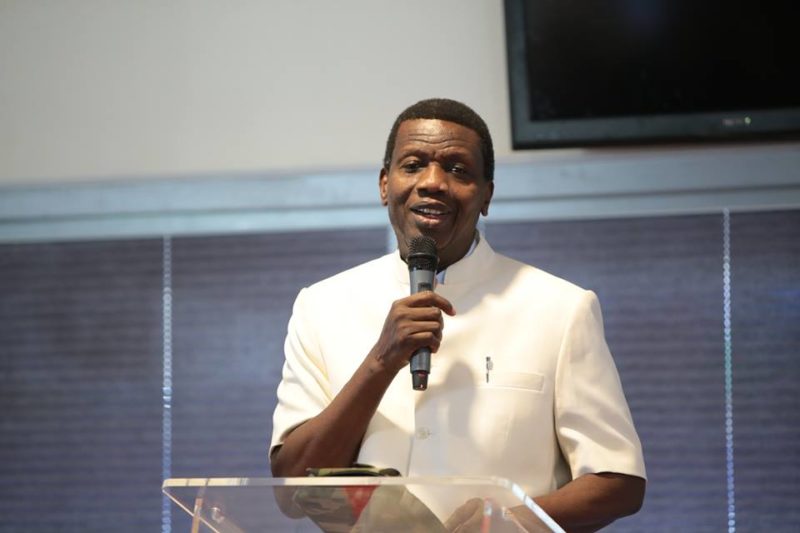 General Overseer of the Redeemed Christian Church of God (RCCG) worldwide Pastor Enoch Adeboye is celebrating 40 years as head of the church on Thursday.
Adeboye who was ordained a pastor of the church in 1977, became general overseer in 1981.
He succeeded the late Papa Akindayomi as a young university lecturer.
He was formerly a mathematics professor at the University of Lagos.
He started working with the founder of RCCG by translating his sermons from Yoruba to the English language.
Celebrating him, his son Leke Adeboye shared a photo on Instagram with the inscription

“Celebrating 40 years at the top”.

Despite becoming the church’s leader at a time it was not well known, Adeboye, 78, has expanded it to about 200 countries, including more than 14 million branches in Nigeria.
MORE READING!  El Dorado: Villagers discover mountain of gold in Congo [Videos]
Related Topics:FeaturedPastor Enoch AdeboyeRedeemed Christian Church of God (RCCG)
Up Next