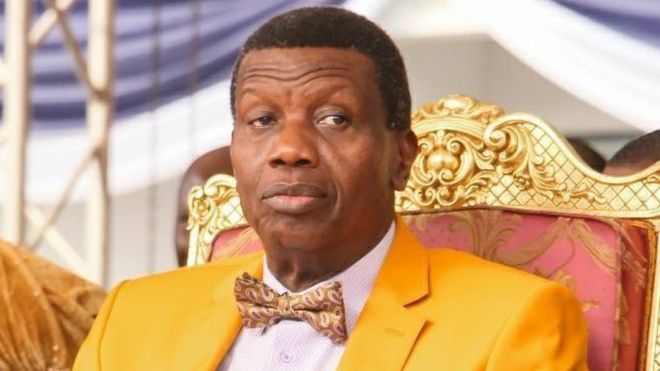 General Overseer of the Redeemed Christian Church of God, Pastor Enoch Adeboye’s planned visit to Plateau State for an interdenominational service has been cancelled.

This was disclosed in a statement by the Region 8 headquarters of the Redeemed Christian Church of God, RCCG, Jos on Wednesday, May 26, 2021.

Vanguard reported that Adeboye who recently lost his son Dare was expected to visit the Campground of the Church, located at Kassa, Barkin Ladi local government area of the State on the 30th of the month.

In a statement jointly signed by the Regional Pastor, Christopher Oni, and the Head, Media and Publicity, Yemi Matthew, Adeboye would not be attending as planned due to unforeseen circumstances.

“The Redeemed Christian Church of God, Region 8, which has its headquarters in Jos, Plateau State heartily regret any inconvenience this cancellation may have caused especially all those that might have received invitation letters and those who might have heard about the visit of the General Overseer through other mediums and that have prepared to attend. Thanks for your understanding.”