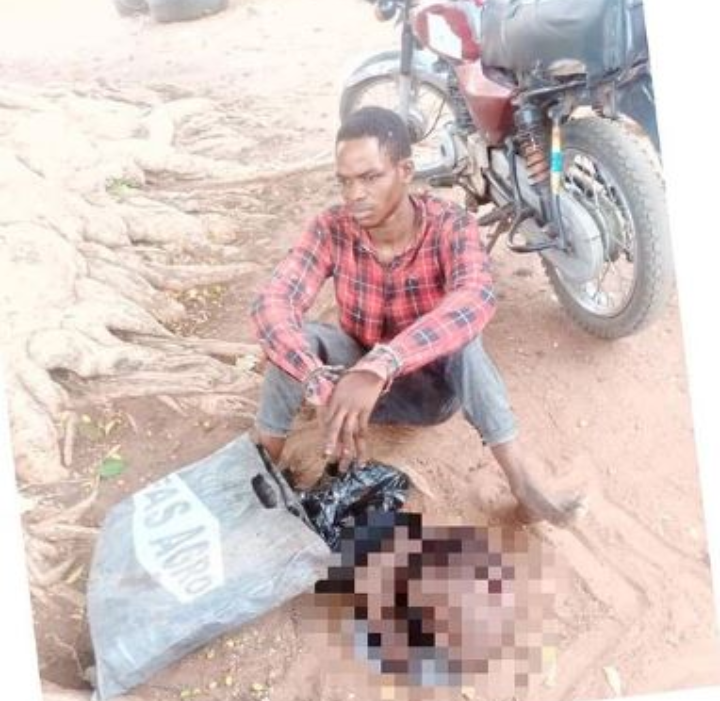 The human parts were neatly tucked away in a travelling bag loaded in a commercial bus travelling from Ajase-Ipo to Ilorin.

The PUNCH quoted the suspect as saying that the severed body parts were those of a man he identified as Mohammed, who was allegedly murdered for ritual purposes in Ajase-Ipo, Irepodun Local Government Area of the state.

The statement was further confirmed by Kwara Commissioner of Police in Ilorin, Mohammed Bagega through the State Police Public Relations Officer, Ajayi Okasanmi.

The commissioner disclosed that Moses’ accomplice took to his heels when police personnel stopped the vehicle for search on the road..

“Today, 3rd May, 2021, at about 06.30 a.m along Ajasse-Ipo/Ilorin road,a team of Operation Harmony on a stop and search duty, stopped one suspected commercial bus and in the process of searching a bag, one boy took to his heels while his partner was held.

“The bag searched and a freshly severed human head and hands of a boy was discovered.

“In the course of interrogation, the suspect confessed that he and his fleeing partner killed the victim named Mohammed in Ajase-Ipo for ritual purposes,” he said.

The suspect, Kehinde John Moses, took a team of investigators to where the body was dumped for the purpose of recovery and subsequent transfer to hospital for autopsy.

“The suspect confessed to have killed the victim, named Mohammed in Ajasse-Ipo with his fleeing partner for ritual purposes,” the statement added.