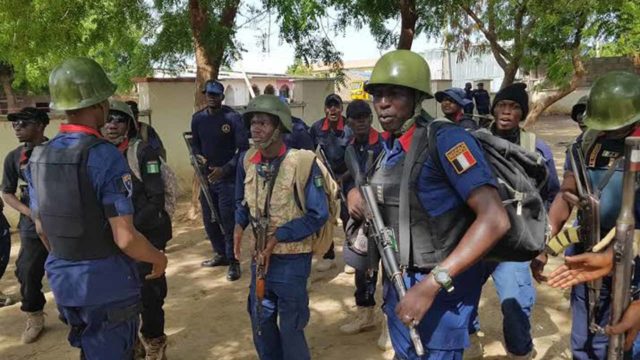 The Osun State Panel of Inquiry investigating Police brutality and extra-judicial killing in the state has summoned two officers of Nigeria Security and Civil Defence Corps(NSCDC) over an alleged involvement in a car chase that led to the death of one Idris Ajibola.

Idris was to have died during the chase by men of the Osun State Joint Task Force while returning from Osun Mall with two friends in a car on September 15, 2020.

According to Adedayo Adeleke, one of the survival of the accident had told the panel that the patrol vehicle of JTF chased them to the point they had an accident that resulted in the death of Idris.

The deceased’s mother, Titilayo Ajibola, had also demanded N5 billion as compensation while giving evidence before the panel.

During its Friday proceedings, the petitioner’s counsel, Kanmi Ajibola tendered an exhibit linking the operatives to the incident and urged the panel to summon them with a view to explaining their roles.

The panel Chairman, Justice Akin Oladimeji, having inspected the document, ordered that the two officers should be served a summon notice and must be at the sitting on March 5, 2021 for further hearing.

MORE READING!  Woman burnt to death as fire razes building in Benin
Related Topics:NSCDCOsunpanelYouth
Up Next

Suspected assassins kill man in front of his pregnant wife, children in Edo