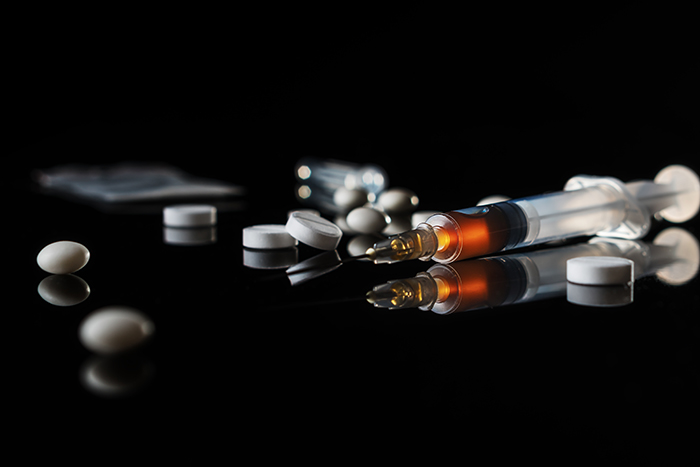 A Consultant Psychiatrist at the University Of Ibadan, Dr Victor Makanjuola, has explained how an overdose of opioid is a contributory factor to sudden death.

This is just as Makanjuola added that over 70 per cent of deaths resulting from drug abuse are traceable to opioids.

Opioids are a broad group of pain-relieving drugs that work by relaxing the body and interacting with opioid receptors in the human cells.

Speaking at the just-concluded virtual webinar to mark the 2021 International Day on Drug Abuse Prevention, the psychiatrist, pointed out that over 70 per cent of deaths from drug use today are related to opioids.

In his speech, Makanjuola said that more than 30 per cent of these deaths occur suddenly as a result of a high dose of opioids intake, Tribune reports.

The psychiatrist stated that in 2018, one in seven Nigerians aged between 15 and 64 years had used drugs in the previous year, quoted United Nations Office on Drugs and Crime in 2018, declaring drug use incidence highest in Oyo, Lagos and Gombe states respectively.

He said, “They have a prevalence ranging from 21 to 33 per cent, meaning that one out of every five individuals in these states uses one of these psychoactive substances. Of course, the high increase in crime rate in Oyo is hardly surprising going by the nexus between drugs and crime.

“In our wards, usually now we have about 70 per cent of people with drug-related issues and psychosis unlike before when mental illness were the predominant ones. The ones we are going to be dealing with in the next five to 10 years are deaths from overdose of opioid.

“Quite a number of deaths are reported, which are quite suspicious; young people previously healthy that died. Some even die in private and public universities from an overdose of drugs but most of these deaths are still kept under wraps and not usually published.”

He declared that more women are also getting into drugs, adding that women’s use of prescription medications like benzodiazepine and cough syrups is the same as men but men still lead in intake of alcohol and cannabis.

Makanjuola decried many youths experimenting with cannabis, saying it is four times more potent than available cannabis decades ago and they can easily get psychotic faster.

According to him, “unfortunately, the young people perceive cannabis as being less risky, especially with the legalisation of its use in some countries. They think that must be harmless for government to allow cannabis. On the contrary, it has become more harmful than it used to be.”

The expert, while foreseeing a drug-free world to be utopian because drug business is over 5,000 years old, lucrative and legalisation is an issue, said buying and selling in illicit drugs in large quantities go unabated in the dark net with bitcoin and other cyber currencies and by 2030, there could have been a 40 per cent increase in the number of people using drugs in Africa.

He said drug dependency and addiction has mental, physical and economic consequences for both the individual affected and the society and urged African countries to plan to tackle the looming epidemic of opioid use on the continent.

Dr Makanjuola declared that nobody is immune to drug addiction and use, urging that its treatment in the country should always attend to the multiple needs of the affected individual and not just drugs.

“Treatment is good and important and quite a number will recover from drug use, but prevention is much better than treatment. That is why educating the public is extremely important. When people sometimes know its consequences, they don’t use drugs. They tend to walk away from it.”