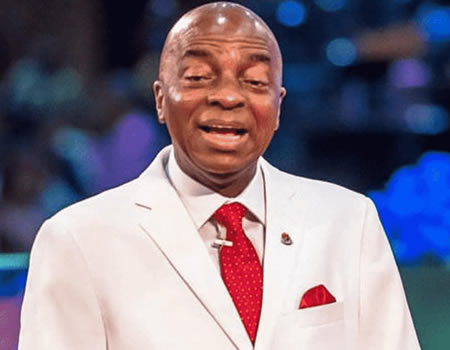 Bishop David Oyedepo of Living Faith Church has said that the Nigerian youths on the EndSARS campaign have the right to protest.

Oyedepo who made this known during a sermon on Sunday said that he has been silent on the issue because he warned Nigerians in 2015.

The clergyman who lamented the rate of killings in Nigeria said that ant system which doesn’t value human life is irrelevant.

“Every Man has a right, legitimately so, to express their displeasure and pains” Oyedepo said.

“I kept quiet for a while because in 2015 I warned this nation, vehemently, consistently, because I saw the dangers ahead and you can tell. The most gruesome season in the history of the nation is the last 5 years where lives have no value, wanton killings here and there.”

“Now they have faced the youths and because they don’t know who is next, they have the right to say ‘enough is enough’. Any system that has no value for human lives is irrelevant. If they were killed when they were youths, would they be where they are today?”

We have met demands of #EndSARS protesters – Lai Mohammed