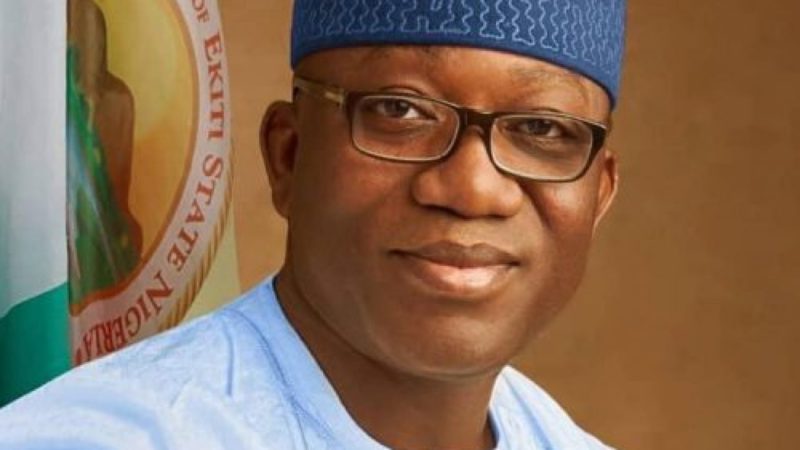 The people of Oye-Ekiti, Oye Local Government Area of Ekiti state, have lauded the Federal Government for its intervention in the community, to subdue pervasive gully erosion that had stunted its economic growth over the years.
The President, Oye Progressive Union (OPU) Mr. Lucas Oniyelu, and Traditional ruler of the community, the Oloye of Oye-Ekiti, Oba Michael Ademolaju, made the commendation at the Palace of the Oloye while receiving a Federal Government team who paid a courtesy visit to the Oba, on Sunday.
Oniyelu led other executive members of the OPU, to join the traditional ruler, to welcome Mr. Victor Emmanuel, consultant to the project, and the Ecological officer, Office of the Secretary to Government of the Federation (SGF),  Mr. Musa Funa, as well as the project contractor.
Speaking on behalf of the team, Funa briefed their hosts on their mission in the community, assuring that the team would do a good job to the satisfaction of the people of Oye-Ekiti.
The intervention, billed to cost over N920 million, would involve control of gully erosion in different parts of the community, construction of boxes, pipe culverts, and drainage on a canal.
The News Agency of Nigeria (NAN) reports that the contractor had already been mobilized to the site, and handed a nine-month completion date.
Responding, the Oba urged the team to convey their appreciation to the President, for assisting the community, while assuring him of their utmost loyalty and support at all times.
Oniyelu described Oye-Ekiti as a community that would forever remain grateful to the President, for tackling the erosion menace that had been affecting the community for a long time.
”The ecological problems have been with the community over several years, all efforts to appeal to past governments, at the federal level, with our several letters through the state government, have not yielded any attention until President Muhammadu Buhari smiled at us and decided to favor us, hence our appreciation to him and his administration”, he said.
He explained that the project would no doubt improve economic activities in Oye community and its environs, assuring the contractor that Oye is ”a peaceful, loving, and caring community” and he should, therefore, feel free to interact with members of the community.
Other dignitaries present at the courtesy call, included members of Oloye in Council,  Iyaaloja in Oye Local Government Area, Chief Olu Adegboyega, and former Chairman of Oye Local Government Council, Mr. Tale Oguntoyinbo.
MORE READING!  Aregbesola should accept the reality of Omisore’s APC membership – Ex-lawmaker
Related Topics:Oye Ekiti
Up Next

Envoys’ list: Emenike gets US as Buhari deploys ministers to UK, Spain