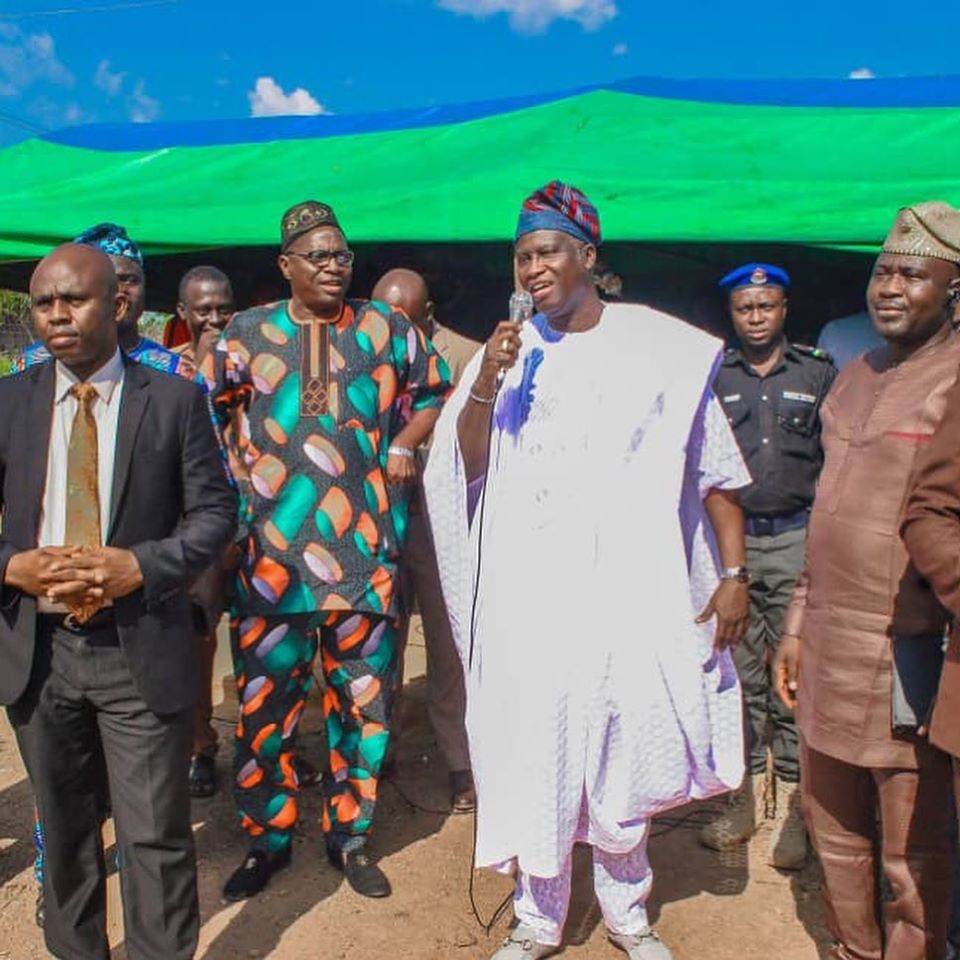 Osun Deputy Governor, Mr. Benedict Alabi, has felicitated with the Chairman of the All Progressives Congress (APC) in the state, Prince Adegboyega Famodun, on his 62nd birthday.

Alabi described the APC chairman as a political juggernaut and one with political dexterity.

In a birthday message signed by his Chief Press Secretary, Mr. Olaniyi Ajibola, the deputy governor described Famodun as a political juggernaut and one with political dexterity.

He said that Famodun’s contributions to the victory of APC in the state in the past years spoke volumes of his political dexterity and capability.

He added that the party chairman remained an institution to study by many gladiators.

Alabi praised Famodun’s antecedents as a leading progressive and undaunted political icon who, he said, “carved a niche for himself in the political circle of Osun and Nigeria in general.

“The party chairman is one that stands with the truth always, even at the point of a suffocating political atmosphere and brutality.

“As we celebrate a political phenomenon and leader of thought, we must continue to learn from Prince Famodun’s wealth of knowledge and experience.

“The APC chairman has clearly demonstrated exemplary attributes of courage and doggedness in the course of the struggle to serve humanity.

“We pray that the good Lord will keep him healthy for us in the years to come, for us to continue to learn from your political dynamism,” Alabi said.

Related Topics:FamodunOsun dep
Up Next