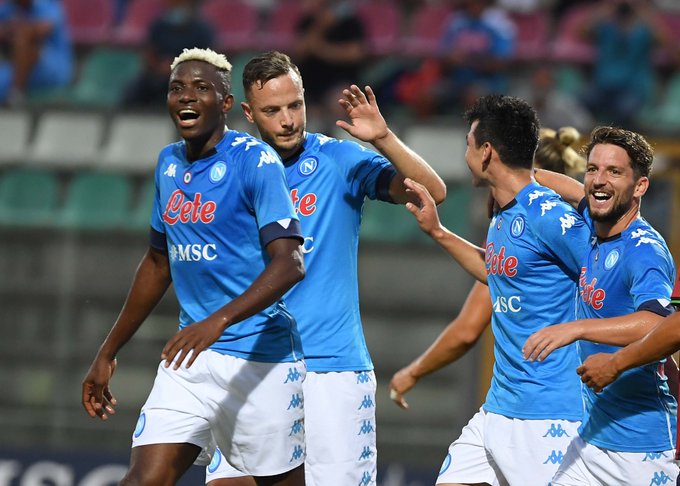 Osimhen showed flashes of his old form when he registered four goals in the eight, 20th, 35 and 37th minutes of the match.

Spalletti’s team stuck to a 4-2-3-1 formation, with Matteo Politano, Eljif Elmas and Adam Ounas fanning out behind Osimhen.

Elmas, the North Macedonia international, got the first goal of the campaign, converting an Ounas assist.

Osimhen then ran wild with four individual goals, joining with a Kostas Manolas header and Stanislav Lobotka strike to end the first half 7-0.

Rather than abate, the goals continued to rain with Gennaro Tutino, Amato Ciciretti, Zinedine Machach and Andrea Petagna finding the net.

A wasteful Petagna, however, missed several huge opportunities before scoring with the last kick of the game, a tap-in.

The duo of Machach and Karim Zedadka also rattled the woodwork during the second half.