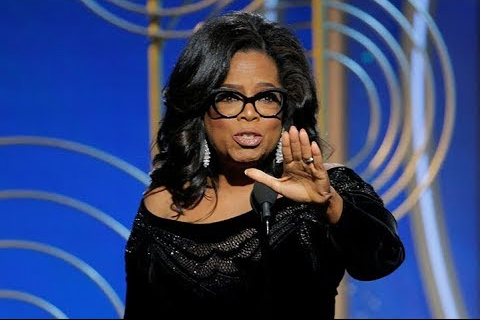 White people on social media have blasted billionaire TV host and media entrepreneur, Oprah Winfrey, after she said white Americans use their “whiteness as a weapon”.

Oprah speaking during an episode of her Apple TV+ show titled “How to Be An Antiracist”, opined that whites use whiteness as a weapon as she narrated how Amy Cooper called the cops on a black person, Christian Cooper watching birds in New York’s Central Park in May this year.

Cooper, who is white, and coincidentally bares same surname as the man that was watching birds, complained to police that an “African American man is threatening my life” after he asked her to control her dog.

Manhattan District Attorney Cyrus Vance Jr. said in a statement last month that his office had charged Cooper with falsely reporting the confrontation, a misdemeanour. She was ordered to appear in court on Oct. 14.

Cooper later lost her job with an investment management company and apologized to Christian Cooper.

“That [incident] brought to life, I think, this idea of using whiteness as a weapon,” Oprah said to her five white guests on her show.

Oprah went on to call Cooper a “great teacher” as the incident has started a discussion about when ‘people might not have seen whiteness as a weapon before’.

A white female guest on the episode admitted to Oprah that she had “racist thoughts” about a black man when walking in the park and asked Oprah why she felt that way.

Oprah responded that everything in her world told her that when she sees a black man “danger, danger, danger.”

Oprah told the woman that her world is “television, news, society, the world.”

“A lot of White people still don’t get why they’re considered White privileged, because they’re — particularly middle class and working-class White people say, ‘Look, I don’t have any privilege, because I have to work as hard as anybody,’ you know, they don’t understand that the Whiteness itself gets you through life in ways that Blackness cannot,” Winfrey said.

Oprah acknowledged that “there are white people who are not as powerful as the system of white people — the caste system that’s been put in place.”

But, she said that white people;

“No matter where they are on the rung or ladder of success, they still have their whiteness.”

White people on social media did not take Oprah Winfrey’s comment very nicely, with a lot of Twitter users calling her out for her billionaire status.

“Oprah says that I don’t understand that my whiteness itself gets me through life in ways that blackness cannot,” a Twitter user wrote

“If being black causes soooo many problems, how did she become a billionaire?? How did Obama become President? Liberal logic baffles me…”

“Billionaire Oprah lectures the rest of us.”

“You still have your whiteness. That’s what the term ‘white privilege’ is. It means that whiteness still gives you an advantage, no matter.’