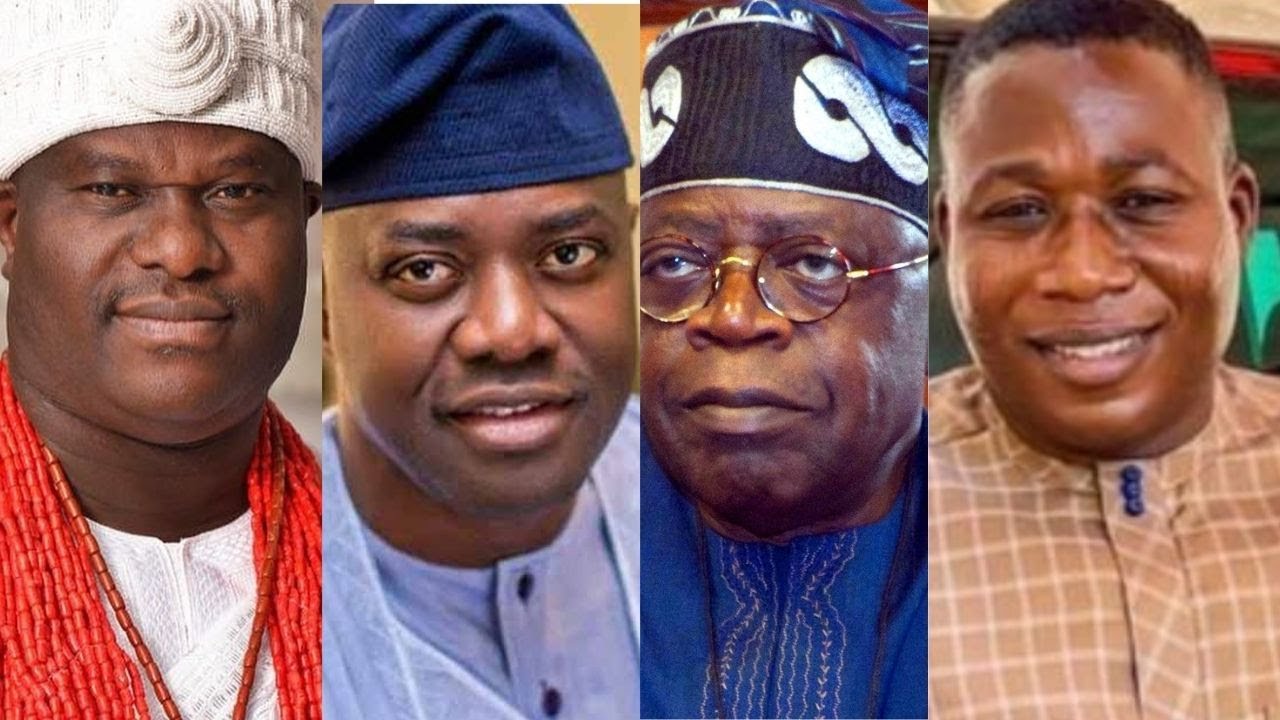 Popular Yoruba rights activist, Sunday Adeyemo, aka Sunday Igboho, has blasted the Ooni of Ife, Oba Adeyeye Ogunwusi, the National Leader of the All Progressives Congress (APC)- Asiwaju Bola Tinubu and Governor Seyi Makinde of Oyo State for their comments and actions over the herdsmen crisis rocking the South-West region.

Igboho made this know on Wednesday morning during a virtual ‘Townhall With Yoruba In Diaspora’ which has gone viral.

The Yoruba activist slammed the Ooni for disappointing the Yoruba people by failing to convey the pains and displeasure when he visited the President, Major General Muhammadu Buhari (retd.).

The highly-respected South-west monarch though commended Igboho but urged that it was time he allowed the constituted authorities to handle the security challenges.

Igboho reacted to the Ooni’s comment during Wednesday’s teleconference and had strong words form Tinubu, Makinde and other politicians.

“The monarchs are now afraid but we must keep praying for them to be united with one voice. They should not be afraid of arrest at their age. Some of them don’t even grant audience at their palaces any longer. So, everything is now in God’s hands.

“When Ooni met with Buhari over the herdsmen issue, Ooni should have told Buhari the truth but he did not. When Ooni returned, he started tackling me to leave the remaining task to the government to finish. Can you imagine?

“Alaafin of Oyo has asked me to meet him over the matter. Alaafin should have been the one invited to meet Buhari but since the Ooni was invited, he should be bold to tell the President the whole truth and make the demands of the Yoruba people known to the President.”

“The Ooni disappointed himself. Some politicians are behind Ooni’s latest move. He invited me to his palace but I refused to go. I would have gone if he had represented us well but he did not. I won’t honour any monarch who does not cooperate with me. Enough is enough, the Fulani have done enough.

“Most of our elders are scared, they can’t speak up, they are slaves of Fulanis. When they get to Abuja, they change narratives after receiving money. At this point, we need not fear anybody. Any elder that does not cooperate, let’s wage war against them and destroy their properties. There’s nothing anybody can do, Nigeria has split already, Yorubaland is firm.

“Ooni needs to be dealt with, he’s not straightforward. Buhari must have given him a bag of dollars during his visit to Abuja. He’s annoying me. Everyone needs to speak up against them. Any Ooni’s child on this platform should tell his/her father to stop all the nonsense he’s doing. The day we would wage war, it would be worse than previous ones.

“We might doublecross him while returning from a trip and rain bullets on him. We need not fear the Fulanis again, you’re not living up to expectation… A whole Ooni that can’t speak up. Can’t you see he’s crazy?

“Tinubu and the other politicians are unfortunate, they are all Fulani slaves, they can’t speak up. It’s better we all come out together if we truly know we’re ready to drag this, call everyone in Nigeria to join. no one needs to be scared.

“It’s beyond hiding now and it’s not an internet battle, everyone needs to gear up so that we can fight together. I did not collect money from anybody…

“We’re different from the Fulanis and its better they leave. Speak up, every one must speak up wherever you are there’s nothing to fear again. Ogun State is rosy right now and the children have continued from where we stopped.

“Seyi Makinde is totally mad here and we elected him as governor. He’s an unfortunate Fulani slave and he wants to go for a second term.”