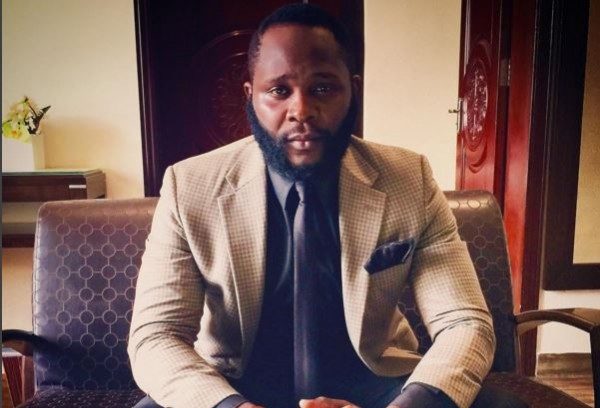 Popular Nigerian relationship expert, Joro Olumofin, has advised women to have at least N1 Million in their account before getting married.

According to him, a broke woman tolerates and accommodate her husband’s side chics due to financial security.

He said “broke wives who accommodate side chics in their marriage” but said that women who are independent are hardly cheated on.

He revealed that such husbands are “hesitant to cheat” if their wives have their own money. He also said being dependent as a woman leads to disrespect and domestic abuse in marriages.

“Husbands show their true colours when their wives depends on them 100 percent” he wrote. 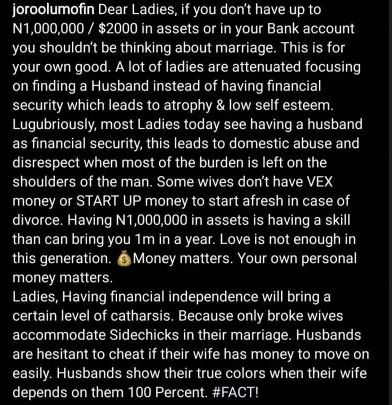