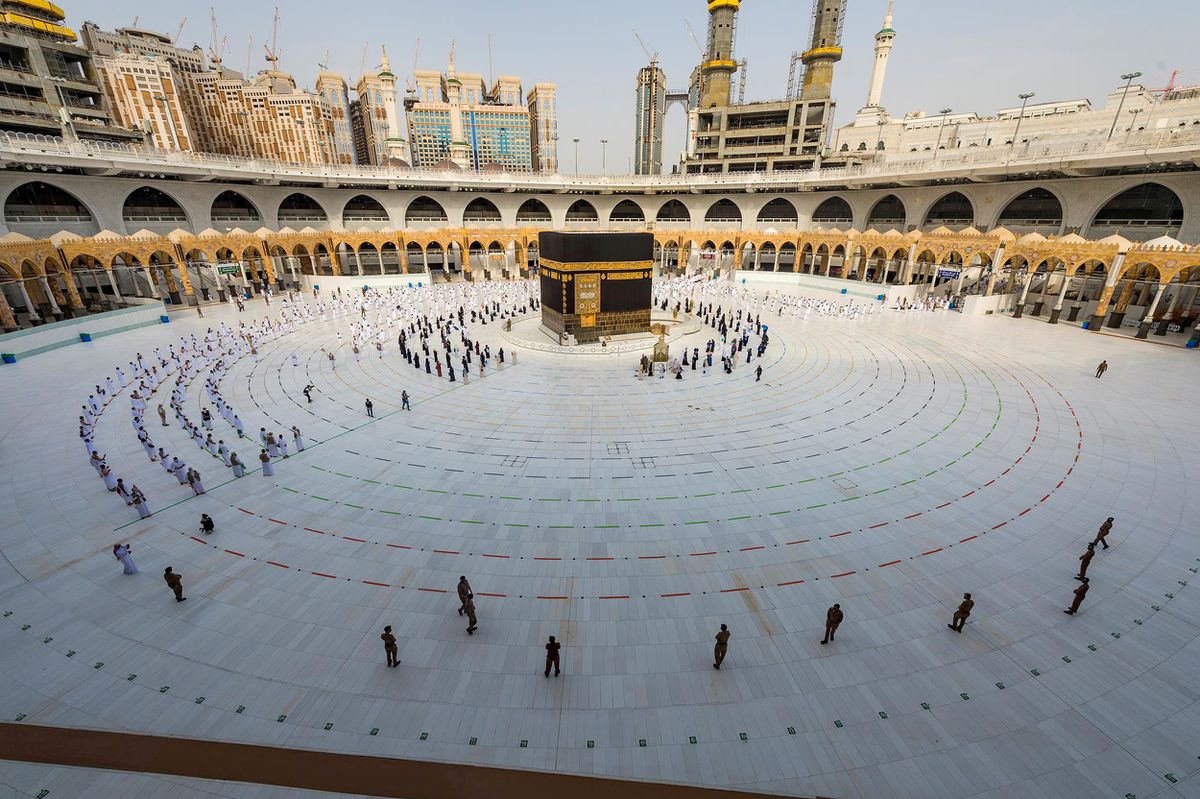 The Kingdom of Saudi Arabia has announced it will allow only 60,000 local and international pilgrims to perform this year’s holy pilgrimage.

The information was shared by the Saudi Ministry of Health and shared by haramain.info on Facebook said those performing Hajj must be between the aged of 18-60 years, be in good health and had not been hospitalised in the past six months prior to the journey for Hajj.

The statement reads, “Only 60,000 Hujjaj will be scheduled to perform Hajj this year which includes local and foreign pilgrims.

“Those performing Hajj MUST be between the age of 18-60 years of Age.

“Those performing Hajj MUST be in a good state of health.

“Those performing Hajj MUST not have been in hospital for any illness within the past 6 months prior to travelling for Hajj. (Proof Is Required)

“The pilgrims MUST have had both doses of the vaccine with a Vaccination card provided by the individual countries Health Organisation / Hospital / Ministry. (Proof Required)

” The Vaccine taken MUST be on the approved list that is recognised by the Ministry of Health within the Kingdom of Saudi Arabia.

“The pilgrims MUST Quarantine for 3 days if they are classed as foreign pilgrims as soon as they arrive in the Kingdom of Saudi Arabia.

” The 2nd dose of the vaccine MUST be taken by the 14th day before arriving within the Kingdom of Saudi Arabia.

“The conditions of Social Distancing and the wearing of the Mask and other Precautionary Measures will continue to protect pilgrims.”

Recall that on Wednesday, Reuters, quoting sources familiar with the matter, reported that Saudi Arabia was considering barring overseas pilgrims from the annual haj for the second year running as COVID-19 cases rise globally and worries grow about the emergence of new variants.

Such a move would restrict the pilgrimage to Mecca, a once in a lifetime duty for every able-bodied Muslim who can afford it, to Saudi nationals and residents of the kingdom who were vaccinated or have recovered from COVID-19 at least months prior to attending.

While discussions about a possible ban have taken place, there has been no final decision on whether to pursue it, they said.

Before the pandemic enforced social distancing globally, some 2.5 million pilgrims used to visit the holiest sites of Islam in Mecca and Medina for the week-long haj, and the lesser, year-round umrah pilgrimage, which altogether earned the kingdom about $12 billion a year, according to official data.

As part of economic reform plans pursued by Crown Prince Mohammed bin Salman, the kingdom was hoping to raise the number of umrah and haj pilgrims to 15 million and 5 million respectively by 2020, and aimed to double the umrah number again to 30 million by 2030. It aims to earn 50 billion riyals ($13.32 billion) of revenues from the haj alone by 2030.

Two sources familiar with the matter said authorities have suspended earlier plans to host pilgrims from overseas, and will only allow domestic pilgrims who have been vaccinated or have recovered from COVID-19 at least six months before the pilgrimage.

Restrictions will be applied on the age of participants as well, one of the sources said.

A second source said the plans were initially to allow some numbers of vaccinated pilgrims from abroad, but confusion over types of vaccines, their efficacy and the emergence of new variants has pushed officials to reconsider.

The government media office did not respond to a request for comment.

Saudi Arabia, which stakes its reputation on its guardianship of Islam’s holiest sites in Mecca and Medina, barred foreigners from the haj last year due to the pandemic for the first time in the kingdom’s modern history, allowing it only to a limited number of Saudi citizens and residents.

Crowds of millions of pilgrims from around the world could be a hotbed for virus transmission, and in the past some worshippers have returned to their countries with respiratory and other diseases.

In February, the government suspended entry to the kingdom from 20 countries, with the exception of diplomats, Saudi citizens, medical practitioners and their families, to help curb the spread of the new coronavirus.

The ban, which is still in place to date, includes people arriving from the United Arab Emirates, Germany, the United States, Britain, South Africa, France, Egypt, Lebanon, India and Pakistan.