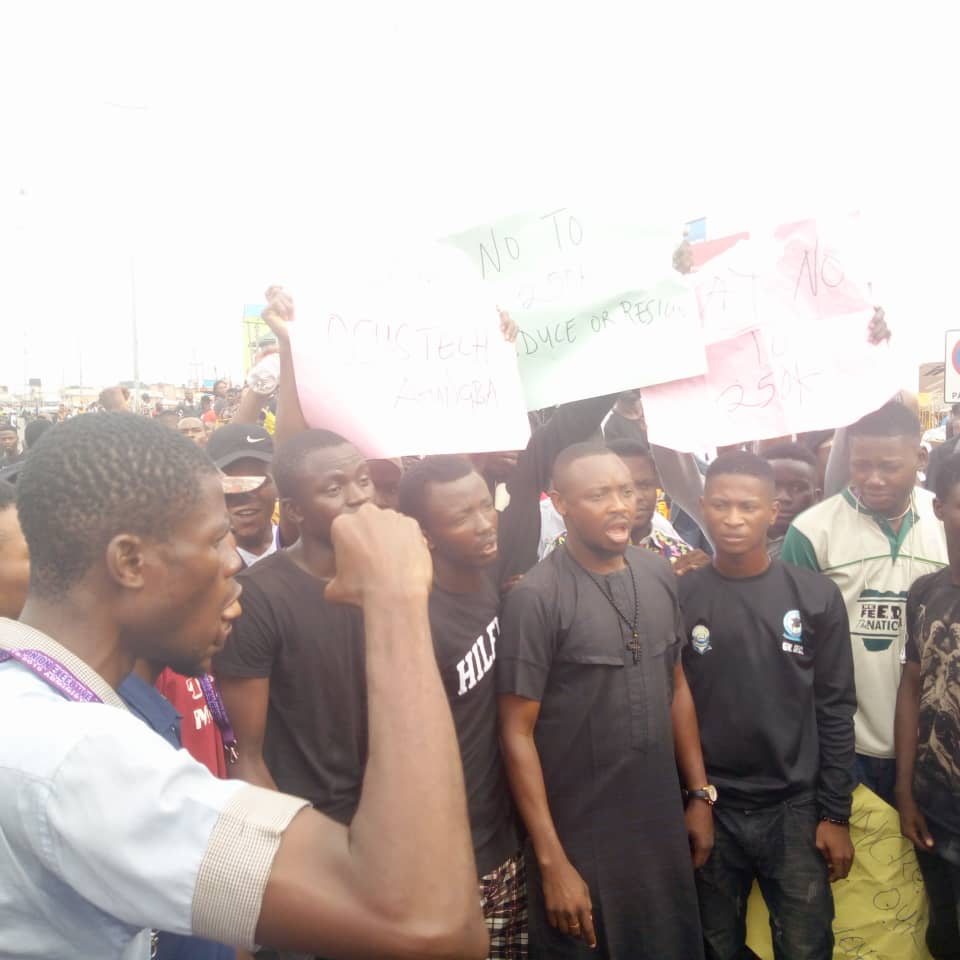 Students of two Ondo State tertiary institutions, the Adekunle Ajasin University Akungba-Akoko and Ondo State University of Science and Technology, Okitipupa on Tuesday, paralysed activities in Akure the state capital as they protest against the hike in their tuition fee.

It was gathered that activities around the popular Oba Adesida road and other adjourning roads in the capital city were partially halted as the students took to the street as early as 6am to stage the protest which lasted for several hours.

They were joined in the protest by students from other institutions in the state under the Joint Campus Committee of the National Association of Nigerian Students (NANS) Ondo state axis.

WuzupNaija reports that the two state-owned institutions were recently shut down indefinitely following a mini protest that rocked the campuses over an increase in tuition fee.

Students of the two institutions were forced to embark on three weeks mid-semester break which has now been extended “till further notice”.

During the protest which was reportedly peaceful, students carried placards with various inscriptions like “Reduce Or Resign “, “Reduce our tuition fee” among many other inscriptions.

No official of the state government attended to the students at the time of filing this report.