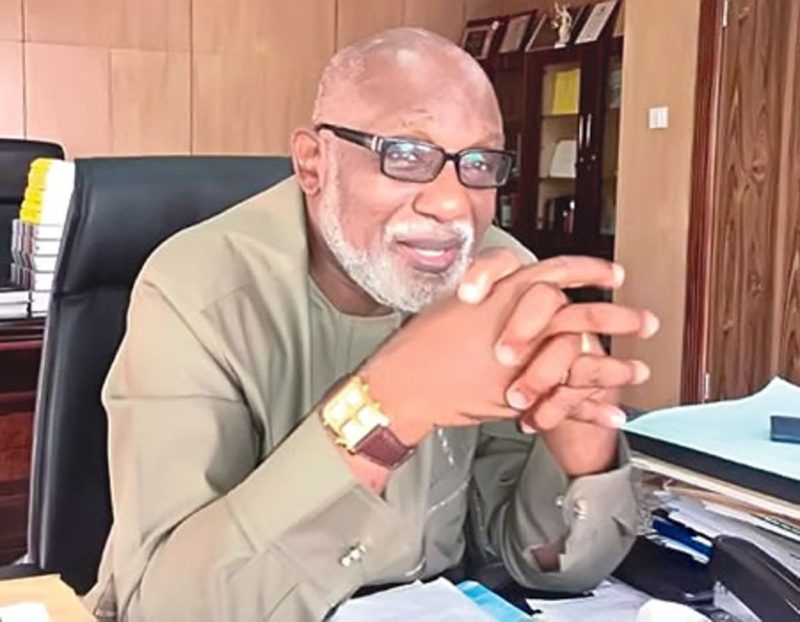 The Ondo State Governor, Rotimi Akeredolu, has reacted to the robbery incident that occurred in Ilara Mokin in Ifedore Local Government Area of the state, where three people were killed by armed robbers, including a journalist and Public Relations Officer of the Elizade University, Mr Bunmi Afuye.

Afuye, along with two other victims were shot dead by armed robbers who were robbing a bank in the town on Thursday.

In a statement issued, on Thursday evening, by the Chief Press Secretary to the Governor, Mr Richard Olatunde, Akeredolu said he was touched by this dastardly act.

To this end, the governor had given a specific directive to the security agencies in the state to arrest “the perpetrators of this heinous crime and bring them to book in the shortest time possible.”

Akeredolu said the death of Afuye has cost the journalism profession “a bright and upcoming star”.

The statement read “He (Afuye) was particularly close to us; we all admired his candour and carriage, especially his brilliant delivery at functions he compered that we had reasons to grace. His demise is not just painful. It is very pathetic and unbearable”,

Akeredolu expressed his heartfelt condolences to the wife and children, family, the Elizade University community as well as the Nigeria Union of Journalists over the loss that he said was a personal one.

Released 1,009 suspects have no link to Boko Haram – Army