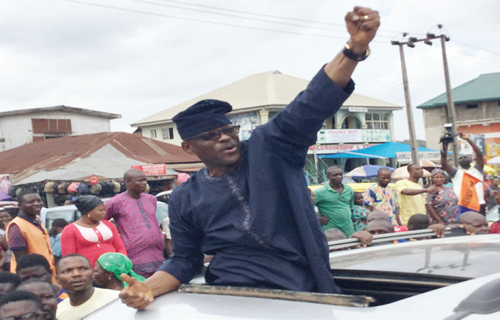 The Campaign Organisation of the Peoples Democratic Party’s candidate, Mr Eyitayo Jegede, at the 2020 Ondo Elections, has claimed that its candidate’s life is under threat.


The organisation claimed that the threat has surfaced since Jegede challenged the result of the election Oct 10 at the Election Petition Tribunal which saw All Progressives Congress, Mr Rotimi Akeredolu reelected as governor.

The group further claimed that some people plan to get ride of Jegede because they were threatened by his petition at the tribunal.

“Information at the disposal of Eyitayo Jegede Campaign Organisation is that there is security threat to the candidate of the PDP in the election of 10th October 2020, especially in relation to the petition which he lodged against the APC at the election tribunal,” says a leader of the campaign organisation, Mr Gbenga Akinmoyo, on Sunday.

Akinmoyo added, “Sources confirmed that various meetings have been held at very high quarters by those who feel threatened by the step taken by the candidate.