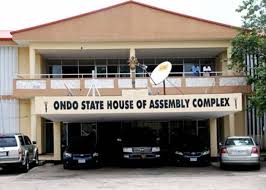 The Ondo State House of Assembly has tasked road safety authorities in the state to take measures to forestall recurrence of Saturday’s road accident in Akungba Akoko community.

It was reported that eight persons lost their lives in the accident which occurred in front of the Adekunle Ajasin University, Akungba Akoko (AAUA).

The Speaker of the Assembly, Bamidele Oloyelogun, gave the charge in a statement issued by the assembly spokesman, Olugbenga Omole, on Monday in Akure.

“We call on concerned authorities to rise up to the challenges of maintaining safety on the road in view of its strategic location as a link to northern part of the country.

“We express our condolences to the university community most especially the students, the entire Akungba community and parents of the unfortunate students, and pray to God to grant them the fortitude to bear the irreparable loss,’’ Oloyelogun said.

The speaker also expressed concern over recurring accidents in Akungba community and called on motorists and residents of the community to be wary while plying the route.

Meanwhile, the All Progressives Congress (APC) in the state has appealed to owners of trucks and articulated vehicles to put their vehicles in good condition before giving them out for commercial engagements.

The State Publicity Secretary of the party, Alex Kalejaye, t gave the advice in a condolence message to the bereaved families.

Kalejaye said that it was also pertinent that motorists were sufficiently trained and cautioned against all forms of recklessness, particularly within towns and cities.

He prayed for peace and wellbeing of the residents of the state, urging them to be security conscious at all times.

The secretary called on the state Ministry of Works to construct bumps on the Akungba roads to limit speed and stop constantly putting lives of the residents in danger.

“The chapter sympathises with the bereaved families and the university community over the unfathomable loses and prays God to grant the deceased eternal rest.

“The pain of losing a dear soul, more so, a student, on whom the struggling parents must have expended so much resources and time, could better be imagined,’’ he stated.

China allocates billions for needy people ahead of major festival