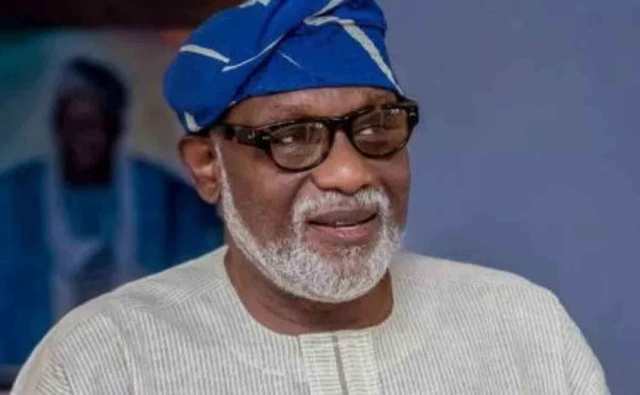 An Ondo Commissioner with the state’s Oil Producing Commission (OSOPADEC), Bisi Ilawole and other government officials working with Governor Rotimi Akeredolu have dumped the ruling All Progressives Party.

Ilawole and the others, according to PremiumTimes, have followed the steps of Akeredolu’s deputy, Agboola Ajayi  by declaring for the Zenith Labour Party (ZLP), ahead of the October 10 Ondo governorship election.

In his resignation letter addressed to Mr Akeredolu, he appreciated the governor for giving him the opportunity to serve the state in the capacity of a Commissioner in the intervention agency.

“Sir, it is my profound gratitude for the rare privilege given to me under your administration to serve as a commissioner representing the good people of Ilaje Oil Producing Communities,” the letter read partly.

Other defectors include a two-time Chairman of Irele Local Government, Nicholas Akinbiola and Daisi Onetufo, a chieftain of APC, as well as a former chairman of Ileoluji/Okeigbo and lawmaker representing the constituency, Folagbade Gbemibade.

Speaking after he received them at the ZLP Secretariat, the state chairman, Joseph Akinlaja, said the interest of the folks would be considered.