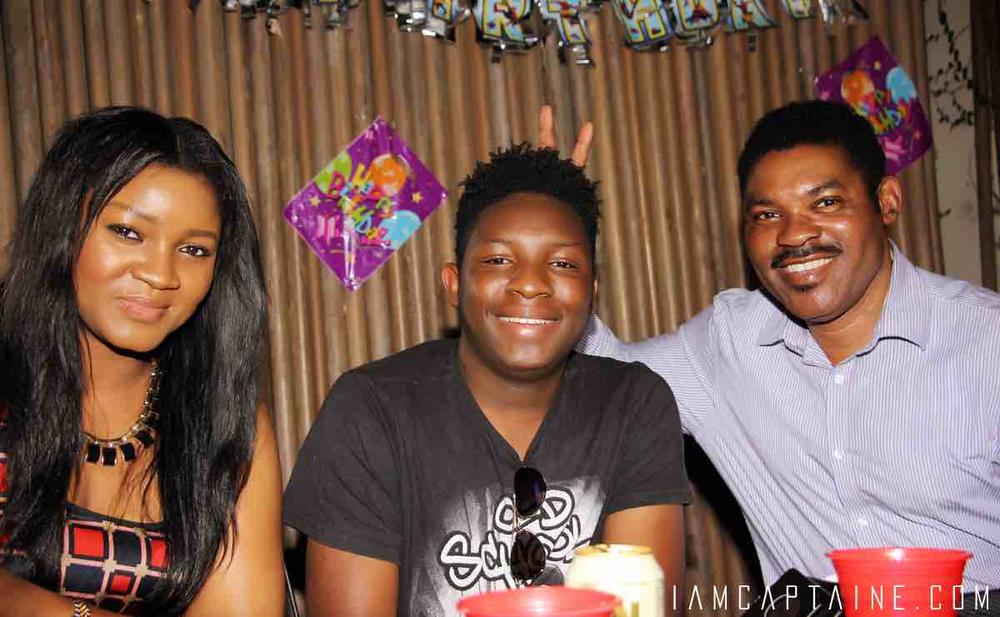 Actress Omotola Jalade-Ekeinde’s first son, Captain E, has opened up on some interesting stuff about his relationship with his mother.

Speak with City People, Captain E revealed how his actress mother would likely react if he brings female friends home.

“Em, who has always been stricter? Honestly speaking, more of my mum. My dad is very carefree, he’s the more liberal type. Okay, maybe not now, but when I was younger, let’s say I had a couple of friends who were having a party or something of the sort, my mum will now be like, you have to go with the driver.

She was like, you can’t even do anything, these people are just following you around. And that’s always the situation. So, because of that, I never really went to a party when I was much younger. As for my dad, all he’ll tell you is be safe, I’ll call you, then he’ll give you money and say go and have fun,” he said.

On who gets furious the most when female friends visit him, Captain E said “Who will be more furious? My mum definitely. If there was any one to beef you, it’s my mum definitely. My dad? No problems. He’ll probably just ask, who is she? And that’s it.”