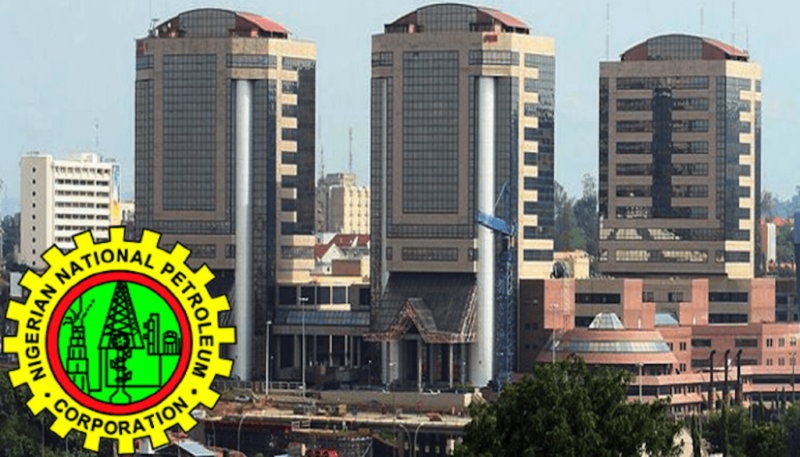 Mother Nature has a way of depositing its vast treasures wherever it pleases. In the wonderful world of hydrocarbons, these resources are either placed onshore (on land) or offshore (in water). Beneath the hidden depths of world’s seas ranging from a few hundreds to several thousand feet (called deepwater), therein lie vast fortunes of oil and natural gas resources.

These resources have the capacity to boost world economic growth and play a vital role in the future of the rapidly changing global energy mix.

It is on record that Nigeria is fortunate to have its own fair share of the world’s deepwater endowments.  data show that the country produces almost 10% of the global deepwater oil production in recent times.  Moreso, the deepwater terrain has become extremely significant in Nigeria’s energy space representing almost half of the nation’s oil production and holding about 35% of the country’s oil reserves.

As evidence of the significance of this hugely prolific terrain, six out of the eight international oil companies – which control about 75% of the world’s deepwater space – all have some presence in Nigeria’s deepwater.

Suffice to say that deepwater has become a critical hydrocarbon landscape which the nation cannot afford to lose or manage with kid’s gloves.

As critical as Nigeria’s deepwater terrain is, it happened that this high-volume environment has been plagued with protracted dispute between the International Oil Companies (IOCs) Contractors and the host nation, Nigeria, represented by the NNPC. The disputes have, over the years, been rooted in entrenched differences in the interpretation of the provisions of the Production Sharing Contract (PSC) and its associated laws.

Since the commencement of production in 2005, these disagreements have festered leading to arbitration. These differences in opinion have inflicted a heavy strain on investor trust and confidence, stunting growth and creating possibility of huge contingent liability on the nation. Essentially, these disputes have proven to be a major clog in the wheel of progress for all parties concerned.

As of 2016, contingent liability due to arbitration claims against Nigeria ran into billions with high uncertainty for a sustainable future for the investors. In 2017 therefore, NNPC revised its engagement strategy and adopted a commercial solution as an alternative to the protracted legal dispute. The revised strategy was premised on the principle of trading the disputed bitter past for a brighter collaborative future for both parties.

The strategy deployed to resolve the conflict in the Oil Mining Lease (OML) 118 Bonga PSC is expected to serve as benchmark for resolving the remaining PSC deepwater disputes. The Bonga PSC was thus the gateway PSC to the resolution of the industry-wide disputes that have over the years hamstrung the potential in the deepwater terrain.

But why are NNPC and the IOCs using the OML 118 dispute resolution template as a reference and a benchmark for resolving other disputes? The answer is not far-fetched. It is because of its significance in many ways. Along with the straddled fields, the OML 118 is home to five major players in the deepwater space not only in Nigeria but also globally. It is also the first major deepwater development in Nigeria’s Niger Delta, 75 kms from shore containing the Bonga fields at water depths of over 1,000m.

The field is arguably one of the most prolific deepwater asset in Nigeria, boasting of almost 2 billion barrels of crude oil and up to 1TCF of gas. It also has modest cost of operations and has delivered appreciable value for the investors with a sizeable take for the country. The field also supplies gas to the Nigerian Liquefied Natural Gas (NLNG), another strategic asset to the NNPC and its strategic partners.

The truce heralded the progress which formed the basis and solidified the commercial framework for parties to settle, create the pathway for a sustainable brighter future and serve as a reference point for resolving longstanding dispute. The HoT was designed to translate into fully termed agreements including the Dispute Resolution Agreement and a new PSC Agreement for the OML 118 Contract Area.

In what could be considered as a major move in the resolution journey, GMD NNPC, Mallam Mele Kyari, went a notch higher than the HoT. Shortly after coming on board in July 2019, he rolled out his strategic goals for the petroleum upstream sector one of which was unlocking deep offshore potential to grow the nation’s reserves. Close observers of the NNPC and the Oil Industry know that with Mele Kyari, such things don’t just occur by happenstance because when he marshalled out his plans for the upstream upon assuming office, everyone knew the end of the OML 118 disagreement was almost in sight.

So today, here we are. Barely two months before Kyari clocks two years on the saddle, he has delivered on that promise – galvanizing and bringing together NNPC’s Contractor parties to agree to the much anticipated full term agreement which finally creates a certainty for the desired brighter future in the nation’s upstream sector.

The signing of these agreements recently is therefore a testimony to Kyari’s visionary leadership, which, potentially, will lead to many more success stories. These include, but not limited to, paving way for the unlocking of over 1bn of oil in the bloc, up to 1 TCF of gas, unprecedented partner alignment, foreign direct Investment inflow of almost $10bn, contract lifecycle revenue of almost $50bn that will create energy security and shared benefits for both the investor and nation.

In essence, this new agreement will also help to re-balance fiscal terms and address global competition in the prioritization of investments by key players.

Without doubt, the signing of these agreements will create a new dawn of unprecedented progress in the oil and gas industry which will pave way for unlocking additional treasures of the deep for the benefit of all stakeholders. It is indeed a major milestone for Nigeria, the NNPC and its partners, their investors, and most importantly, the 200 million plus Nigerians.

In similar vein, what this major milestone means is that, through Kyari’s ingenious effort and visionary leadership, a dispute that had stood in the way of progress and development for many years have been resolved in the best interest of all partners, a win-win. Today, everyone in the OML 118 PSC mix is happy that while other deepwater assets in the world are facing decline, Nigeria’s Bonga field is witnessing massive potentials for further development that could unlock billions of dollars of investment.

Going forward, this “watershed moment”, as described by almost all the parties involved in the PSC, will ensure that the three projects related to Bonga that are in development stages but haven’t yet been given the green light — Bonga South West, North Tranche 1 and Main Life Extension and Upgrade – will become a reality, sooner rather than later.

It was Booker T. Washington, the legendary 19th Century African American intellectual who once said: “You measure the size of the accomplishment by the obstacles you have to overcome to reach your goals.” As such, if you consider the attendant positives that will very soon accompany the huge accomplishment of OML 118 dispute resolution, then it would be safe to say that Mallam Mele Kyari’s fantastic negotiation skills and leadership acumen will continue to be deeply impactful in Nigeria’s oil and gas industry for many years to come.

As the dust of the deepwater disputes continues to settle in Nigeria, it is instructive to know that the fortunes of Nigeria’s upstream sector – in particular the deepwater terrain – would never be the same again. Without doubt, industry watchers will be keen to see how the NNPC and its contractor will start reaping the rewards of this remarkable truce. While Nigerians patiently wait to witness the deepwater dollars streaming into the nation’s energy coffers, let us, at the same time, relax to see how the Mallam Kyari wisdom will rub off on the other outstanding PSC disputes.