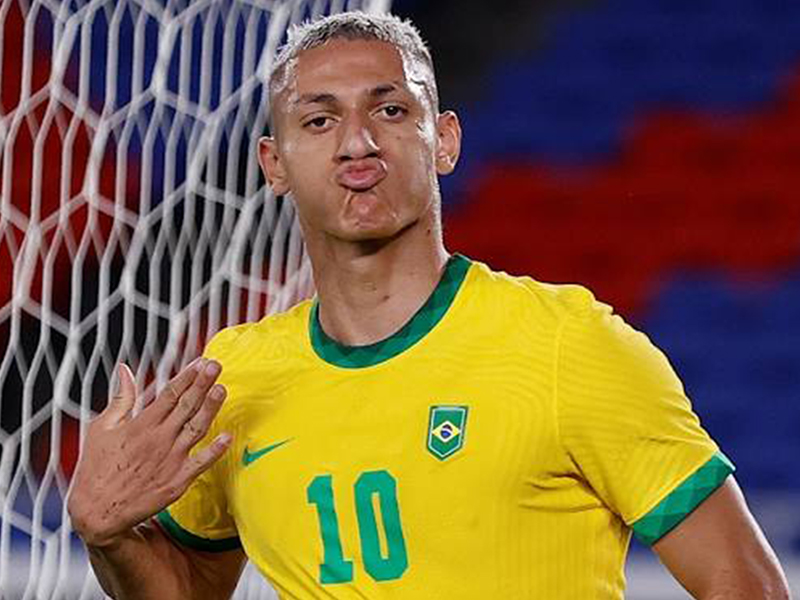 Everton striker, Richarlison, scored a hat-trick as defending Olympic champions, Brazil, started their Tokyo 2020 tournament with a convincing 4-2 victory over Germany in their Group D match on Thursday.

The Brazilian became the first Premier League player to score a hat-trick in an Olympic competition, scoring his goals in the space of 30 minutes.

Richarlison netted Brazil’s opener seven minutes into the game before scoring a header to extend the defending champions’ lead to 2-0.

Things soon got worse for the Germans in the 30th minute when Richarlison completed his hat-trick, leaving the German defence in complete chaos.

Germany were on course for a comeback in the second half as Nadiem Amiri pulled one back for before Ragnar Ache bagged a second after Max Arnold was sent off in the 63rd minute, reducing the Germans to 10 men.

The nervy finish ended in favour of Brazil who bagged a stoppage-time goal through Paulinho.