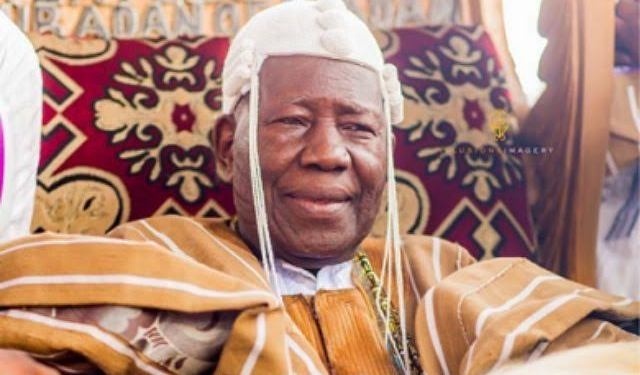 The Olubadan of Ibadanland, Oba Saliu Adetunji, on Friday in Ibadan installed Chief Yekini Abass as the new Babaloja of Oyo State.

The Newsmen reports that Abass succeeded late Alhaji Adisa Oladapo who died on June 19 after 15 years in the position.

Adetunji described the new Babaloja as a successful businessman and sports enthusiast who had contributed immensely to the development of the state.

He said that the new Babaloja rose from being a local textile merchant to an international business tycoon, employing scores of people in his chain of businesses.

The monarch said that Abass was the right and credible individual to lead traders considering his contributions to the development of Oyo State.

Adetunji said that the newly installed Babaloja was lucky to be installed while he was celebrating his birthday, describing the event as a success for the entire people of the state.

The Olubadan also prayed for the peaceful coexistence of traders in Ibadanland, Oyo State, and Nigeria.

Abass, in his remarks, commended Gov. Seyi Makinde and all the traditional rulers in the state including the Olubadan, Alaafin of Oyo, Oba Lamidi Adeyemi and Soun of Ogbomoso, Oba Jimoh Oyewunmi, for their contributions to the state’s development.

He promised to always protect the interest of market men and women across the state and partner government in ensuring a conducive environment for trading.

Abass assured the government, traders, and people of the state that he would not discriminate against anyone.

He urged traders to keep observing COVID- 19 protocols as outlined by the government at all levels.

Motorcyclist in court over alleged sexual assault of a minor