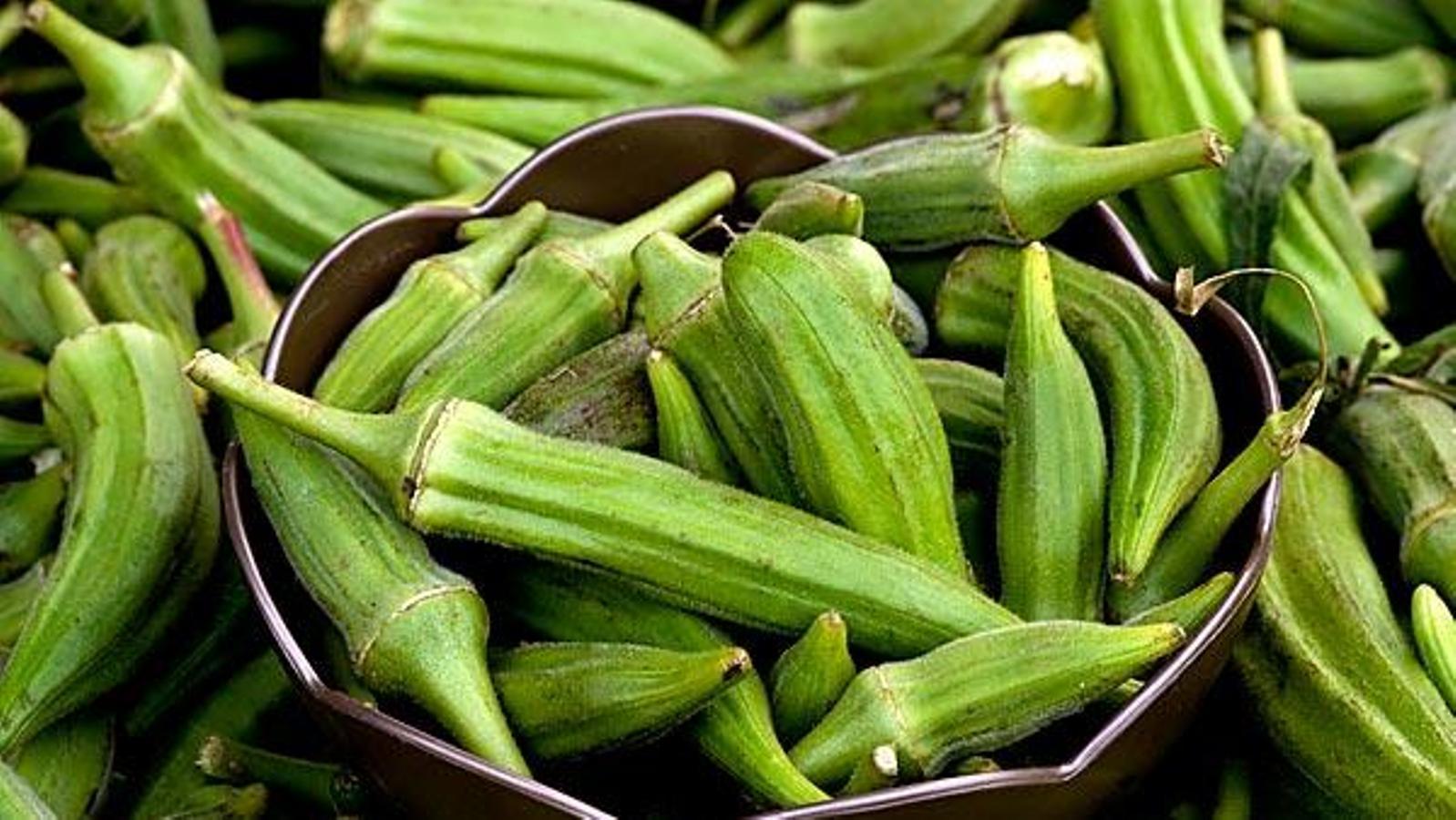 According to Ajayi, essential and nonessential amino acids that Okra contains are comparable to those of Soybean.

The crop physiologist spoke with the Newsmen on Tuesday in Ibadan.

He said that the crop could play a vital role in the human diet, adding that it could serve as a soup thickener.

“Okra seed can be dried. The dried seed is a nutritious material that can be used to prepare vegetable curds.

“It can be roasted and ground to be used as a coffee additive or substitute.

“Okra mucilage is suitable for medicinal and industrial applications, Okra helps to lower the chances of cardiovascular disease because it contains soluble fiber which naturally reduces cholesterol.

“It contains Vitamin A and beta-carotene which helps to improve sight and prevent eye-related diseases,” he told Newsmen.

“Okra is rich in calcium and magnesium. It helps in easing respiratory disease, because of the high content of Vitamin C,” he said.

Ajayi said that some Okra varieties available in NIHORT were NHAe47-4 and LD88.

According to him, Okra grows well at a temperature of 200C and does well on varieties of soil as long as the soil is not waterlogged.

He added that Okra could be planted as a sole crop or intercropped by direct seeding.

Ajayi told Newsmen that about three-kilogram seeds of Okra would be required to plant one hectare.

“Farmers can sow two to three seeds/hill, one centimeter deep with a distance of 50cm x 50cm or 60cm x 30cm, thin out excess seedling and replace missing stands.

“Fertiliser application should depend on the nutrient status of the soil.

“Weeding is one of the important management practices to ensure optimum Okra production; it should be done when necessary.

“Weeding in okra production can be carried out through a variety of methods which include the use of cover crops and mulches, cultivation and hand weeding, and applications of herbicides targeting the specific types of common weeds in a particular field,” he said.

Ajayi said that if cultivated in dry season, Okra would require watering.

He added that early identification of pests and diseases was key to successful management of Okra production.

According to him, the most dangerous diseases and pest are damping-off, vascular wilt, Cercospora blight, powdery mildew, Okra mosaic virus, leafhoppers, fruit and stem borer.

MORE READING!  My wife starves me of s3x, divorce us man prays court

The crop physiologist advised farmers to avoid monocropping, remove an infected plant and spray with an insecticide to reduce pests.

He advised that Okra harvesting should start 40 days to 45 days after planting when the pods would still be soft for consumption.

Ajayi urged that harvesting of Okra should be done every other day in order to preserve its freshness and stimulate the formation of more pods.

“Cut the stem with a knife just above the cap; the varieties of okra with spines could irritate the skin while harvesting, so it is advisable to put on hand gloves while harvesting.

“It can also be sliced and sun-dried, then stored,” the NIHORT chief research officer said.