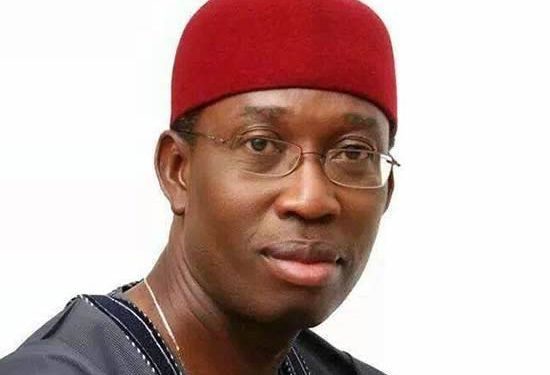 Delta Governor, Ifeanyi Okowa, has sworn in 18 new Commissioners as members of the State Executive Council.

Okowa performed the ceremony in Asaba on Thursday, saying that five of the commissioners were women in line with the government resolve to effectively engage women in politics and development.

He charged the commissioners to be innovative by initiating new ideas that would lead to the realisation of the Stronger Delta mantra.

According to him, the commissioners have to be innovative, shun the routine way of doing things, bring in new ideas, be creative and take bold action.

“They must be effective communicators; they must take time to communicate with their staff and subordinates.

“The commissioners have to be role models both in their public and private lives, live exemplary lives that will portray the administration in good light,” he said.

Okowa also charged them to ensure that they go back home to relate with their people and community and to shun double standards in their dealings with the people.

Responding, one of the commissioners, Fidelis Tillije,  appreciated the governor for appointing them to serve.

He assured him of their resolve to work assiduously to ensure the realisation of the Stronger Delta mantra of the administration.

Consider Nigerians whose livelihoods depend on Twitter, Reps urge FG