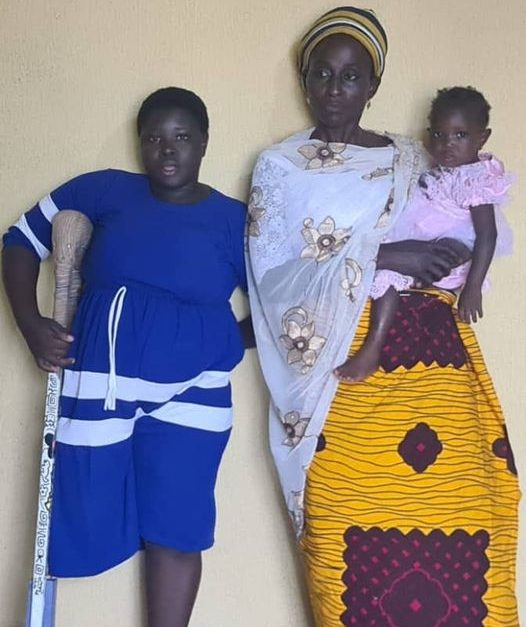 Exactly three weeks ago, today, Lagos State Police Commissioner, Hakeem Odumosu, told newsmen in Alausa that amputee hawker, Mary Daniel, was working with a syndicate who used her to make money from unsuspecting Nigerians through begging.

“It was also discovered that her presence in Oshodi was staged. Those working with her played on the intelligence of Nigerians to get donations for her.

It came to light when the people started threatening her. She promised some N500,000, others different amounts and was planning to return to her home state when the information leaked.”

As weighty as the above claims are, it beggars belief that to date, no arrest or parade of those arrested for the purported staged scam has been made.

It just appears he didn’t say anything. Perhaps, he wants someone to be reminded. Mary carried the huge dent. As a weakling would, of course.

On that self-same day, the seemingly concerned tough cop volunteered that;

“The government does not want a situation where it will become a trend for people to cook up stories, manipulate the people to get donations.”

This was on April 29, a further investigation was promised. Days have run into weeks, no word has been heard again on the matter.

Nobody knows the outcome of the investigation if any. Mary has since been released to the Onu Igala, Alhaji Sanni Yakubu Ejima, who has been sheltering her, having sent for her child and the grandma looking after the child in Ayingba to relocate to Lagos to be with Mary.

The Onu has been striving to ensure prudent utilisation of the funds donated by Nigerians for Mary.

It’s the same Odumosu that came early this week to announce to the world that the seemingly ubiquitous so-called IPOB was planning an attack on Lagos.

This was the first time the Nigeria Police could expertly make such a ground-breaking revelatory announcement that has huge implications on ethnic relations and peaceful coexistence in the state and the country as a whole considering the place of Lagos in the country.

Curiously, and weirdly too, the state has been under the chokehold of miscreants and cultists of different shapes and shades in all corners of the state without their predatory activities predicted.

The other day, motorists on Ikorodu road were treated to a macabre dance by traffic thieves who smashed their vehicles and robbed them endlessly in broad daylight. The unfortunate incident was not revealed by flesh and blood to our super cop.

Thankfully, many well-meaning groups and Nigerians from across ethnic lines have condemned the “animal talk” as Fela would call it.

Which kain thing be this? Wisdom profits to direct, the Holy Book says.

Instead of putting the state on an ethnic apocalyptic edge, why didn’t the police under Oga Hakeem discretely carry out a sting operation to bust the plan, if any, and then parade the alleged planners as is done elsewhere. None of such would have been done anyway.

Rapists and their apologists BY Olukorede Yishau