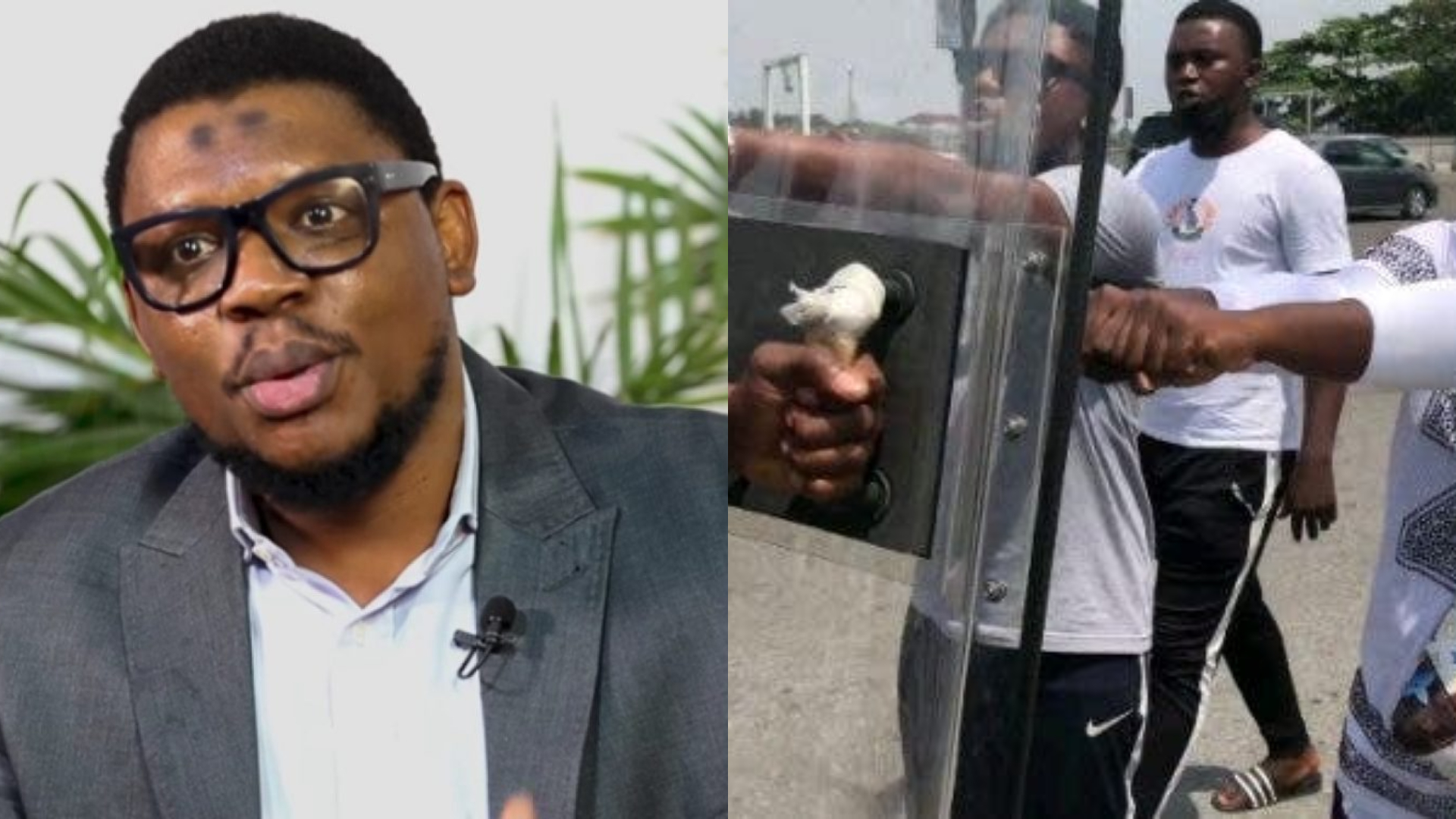 Former presidential aspirant, Adamu Garba, has condemned the arrest of some protesters – including popular comedian, Mr Macaroni – at the Lekki toll gate on Saturday.

Earlier today, some #OccupyLekkiTollGate protesters stormed the toll gate to protest against its planned reopening four months after several #EndSARS protesters were allegedly shot dead by soldiers at the area in October 2020.

In trending videos, the peaceful protesters were seen taken away in police trucks.

Speaking in reaction to the arrest, Garba argues that so long as they are not causing inconvenience to other citizens, then they have the right to protest peacefully as permitted by law.

”In as much as the #EndSARS protesters are not blocking the way for other citizens to move along the #Lekkitollgate, the law permits them the right to peaceful protest

”After all, that’s a tenet of democracy which we practice

”All arrested protesters should be released immediately”

Meanwhile, the Commissioner of Police in Lagos State, Hakeem Odumosu, has ordered the immediate release of popular comedian, Debo Adebayo, better known as Mr Macaroni, and other #LekkiTollgate protesters.

Mr Macaroni and scores of others were arrested by security operatives for participating in a demonstration against the reopening of the Lekki Tollgate which has been closed since soldiers allegedly opened fire on peaceful protesters at the tollgate in October 2020.

Recall that the Lagos State Judicial Panel of Inquiry probing alleged killing of #EndSARS protesters by soldiers at the Lekki toll gate, decided to hand over the tollgate back to its operators, Lekki Concession Company, after forensic experts submitted their report on the October 20, 2020 incident.