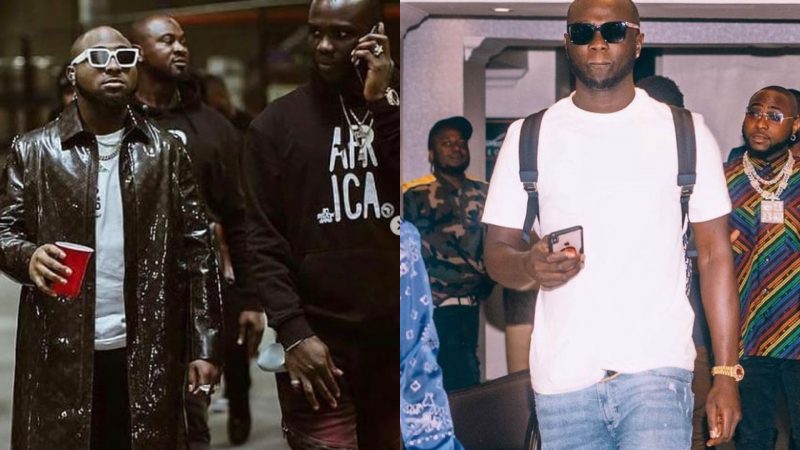 International music act, David Adeleke aka Davido has described the death of his associate, Habeeb Uthman better known as Obama DMW, as a pain he cannot explain.

WuzupNigeria reported that Obama DMW died on the 29th of June from suspected heart failure after he complained of severe pains.

In a lengthy post on his Instagram page, a devastated Davido bemoaned why Obama DMW had to die so soon.

He said, “This is by far the hardest thing I’ve had to write. Hurt, broken, sad, and lost. For the first time in my life, I am EXTREMELY confused. The pain is one I cannot explain. 44 was more than an elder brother to me, he was a protector. someone that literally just always made me smile no matter the issue, problems I had.

“You became so peaceful. You found peace and purpose, a true generational influence. I cannot even begin to count the number of people you helped, artistes you brought to me, people you brought together in nothing but love and brotherhood. Actors, artistes, influencers all. God!

“44 I swear you will never be forgotten. Up until now, I cannot believe this is real, I don’t even know what I’m writing, I’m just writing. I’m just confused.

“This has been such a haunting week for all of us. All of us, me, his family, his son, his daughter, his brothers, his friends, a whole brotherhood; God give us all the strength. This isn’t even about me, it’s about all of us, and all the amazing plans and visions you had.

Related Topics:DavidoInstagramObama DMW
Up Next

Take over Nigeria first, fans urge DJ Cuppy as she vows to take over UK