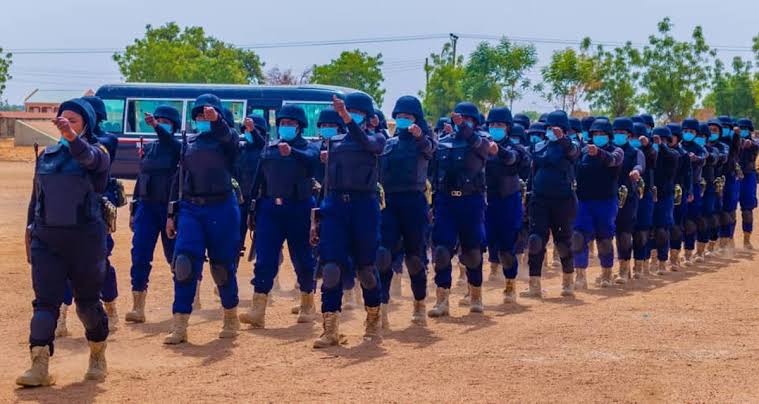 The Nigeria Security and Civil Defence Corps (NSCDC), on Monday, unveiled an all-female combatant squad to protect schools from kidnappers.

WUZUPNIGERIA reports that, in recent times, armed men have raided schools in the country and abducted students for ransoms. Several students have died in the separate attacks.

To counter the attacks the NSCDC, as part of its safe school initiative, unveiled the squad during a special parade, simulation exercise in Abuja on Monday.

NSCDC Commandant-General, Ahmed Abubakar Audi, who witnessed the exercise said the first phase of the squad had been deployed to schools in the Federal Capital Territory and Katsina State.

According to him, the squad was established due to the unprovoked and mindless attacks on Nigerians which has led to the loss of lives.

“This is in keeping to my belief that women can make and have been making valuable contributions to nation building,” Daily Trust quoted Audi as saying.

“The Civil Defence Female Squad will definitely complement the efforts of their male counterparts and also work together with sister agencies.”

Price of bread to increase by 30% in Abuja – Bakers