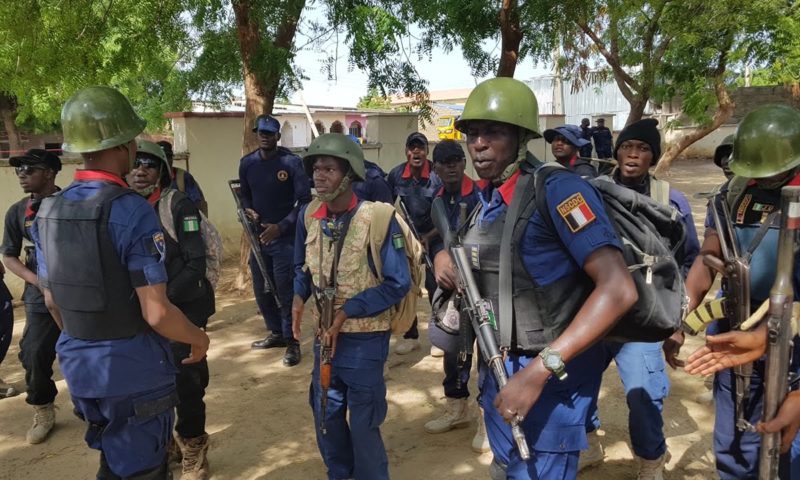 NAN reported that the four suspects were among the six paraded on Thursday by the command at its headquarters in Agodi, Ibadan, over alleged fraud and dealing in fake currency.

Briefing newsmen, NSCDC Commandant in the state, Michael Adaralewa, explained that the suspects attempted to commit the act while they were being taken to custody for alleged stealing.

Adaralewa said the officers went to Agugu area of Ibadan on Tuesday to arrest them on an allegation of stealing.

“The suspects who were being taken to custody started shouting kidnappers which made the people in the area attack the officers.

“It took the intervention of other security agencies to rescue the officers from being lynched,’’ he said.

He cautioned the people against attacking security agents, saying anyone caught in the act would face the full wrath of the law.

Also arrested was a 26-year-old herbalist, who specialised in defrauding innocent citizens and a 37-year-old alleged fraudster that deals in fake currency.

In an interview, the 37-year-old suspect said that somebody deposited the money with him and he did not know that it was fake currency and he gave it to another customer.

The commandant said that the suspects would be charged to court as soon as investigation was completed.
A

daralewa said that the command had zero tolerance to crime and criminality and worked in synergy with other sister security agencies to secure lives and property in the state.

“Security is the responsibility of all and we have revamped our strategies, intelligence gathering, and very soon the state will witness more peace and harmony,’’ he said.