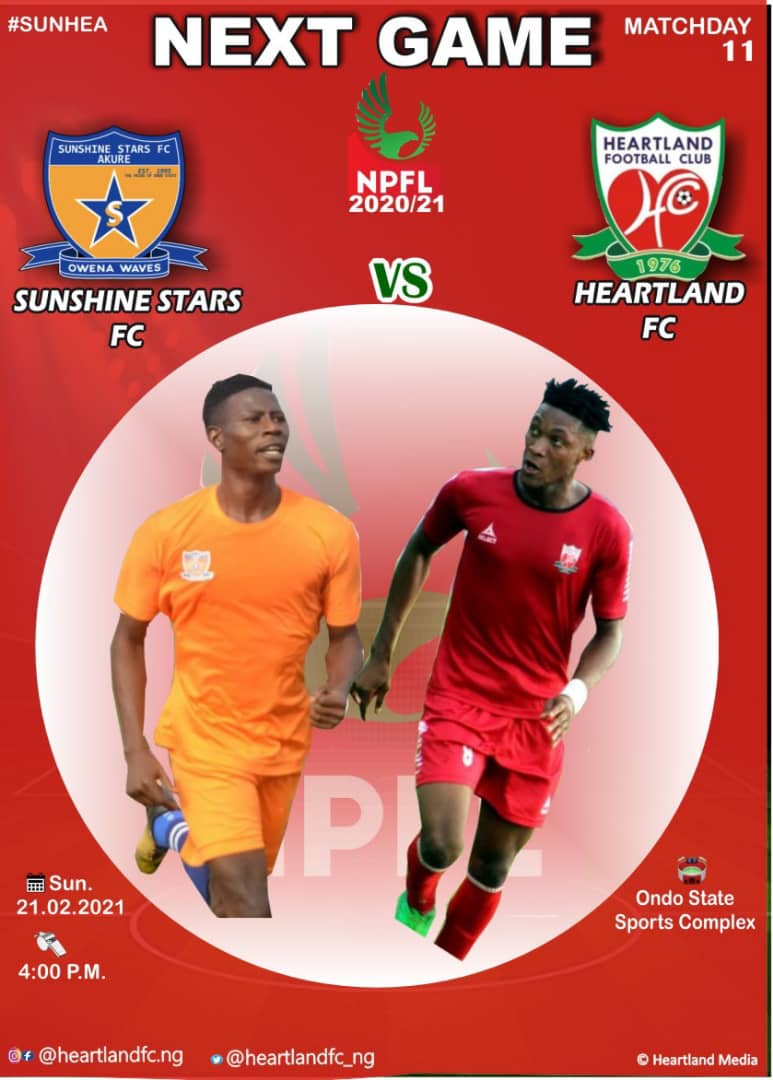 The match played at the Ondo State Sports Complex in Akure had Heartland’s captain, Pascal Eze, heading the visitors in front from a corner-kick in the 16th minute.

Sunshine Stars’ appeal for a penalty kick after an infringement against striker Sadeeq Yusuf was waved away by the referee in the 32nd minute.

Midfielder Ayo Adejubu also rattled the visiting goalkeeper with a fierce shot from outside the area in the 35th minute as the hosts fought back.

However, in the 70th minute, the visitors were penalized for handling the ball in the area, with Yusuf converting the penalty kick in the 71st minute.

Sunshine Stars’ Head Coach, Gbenga Ogunbote, said later that it was a game his team should not have drawn under normal circumstances.

“There is nothing we can do about it, and we will go back to work harder ahead of other games.

“Anywhere we have a level playing ground, I’m confident this team will get a positive result,” he said.

The Head Coach of Heartland FC, Fidelis Ilechukwu, on His part said he was very happy his team had a good game.

“We are the better side in today’s game. Sunshine Stars were lucky to get a point today.

“We had a banned issue before the league, but we thank God we have come out of the ban. So, the new injection of new players into the team has been giving us positive results.

“I don’t want to put pressure on the team, but we will be approaching the games one after the other,” he said.

Sunshine Stars are 10th on the table with 15 points from 11 matches, while Heartland FC are 11th with 14 points.

Related Topics:Heartland FC
Up Next