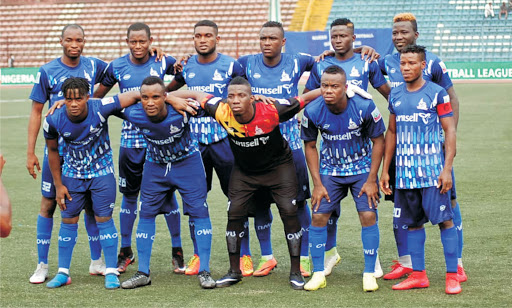 Eguma said this during a post-match interview with newsmen at the Adokiye Amiesimaka Stadium in Port Harcourt on Match Day 9 of the NPFL.

He described the visiting Nasarawa United as a good team.

He said: “You saw the way they played, may be they came to fight for their life.

“But unfortunately for them, we needed the points more than any other team.

“So, I thank God for the victory,” Eguma said.

According to him, the changes in the line up was based on the fitness of the players and the desired result was achieved.

“So, today, we made some changes from the last game that we played in Katsina.

“We rested most of the players when we were going to Katsina because of fatigue.

“So, we didn’t play with fatigue and it paid off because the result has shown that it was a good plan,” Eguma also said.

He said that the team would do its best and improve on the continental game against Enyimba International FC on February 14.

“This is because we are aware of what is involved in the game and, of course, we will do our best to win and the strategy is to play to score goals and win,” he said.

Eguma boasted that the team had not done badly in away games in the continent and hoped that it would do well against Enyimba.

Nasarawa United FC Coach, Bala Nikyu, said that losing a match was not new, adding that the team had accepted the result in good faith.

“We came to Port Harcourt to win but unfortunately we lost. It’s not a new thing, even over the weekend, some teams lost too,” Nikyu said.

Man Utd to be without Pogba for few weeks, Solskjaer confirms