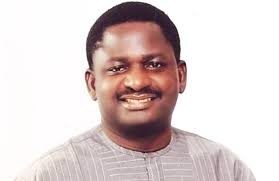 “You can’t manage what you can’t measure,” posits management thinker, Peter Drucker. And that was one of the reasons that got the Muhammadu Buhari-led Federal Government to embark on a 2-day Performance Review Retreat for its Ministers, Permanent Secretaries, and other top functionaries.

One hallmark of the President is his ability to sit through long meetings and conferences, listening patiently, and taking notes. When we younger people, on the pretext of using the bathroom, escape to the tea room to refresh ourselves and get some respite, the President remains at his duty post, as constant as the Northern Star.

But on Monday, when this special retreat opened, President Buhari was not around. Why? He had set forth at dawn, heading for Niamey, in the Republic of Niger, to attend the 57th Ordinary Session of the Economic Community of West African States (ECOWAS).

The sub-regional body had a lot on its plate: military coup in Mali, the common currency proposal, COVID-19 challenges, and many others. And as a major player in West Africa, indeed, Africa, Nigeria had to be there.

Vice President Yemi Osinbajo provided a very worthy representation for the President. He read the opening speech, in which the President took an opportunity to address germane policy reform issues in the country. New tariffs and prices for electricity and petrol. And the point was well made.

The economy was being strangulated, asphyxiated by subsidy amounting to trillions of naira. Apart from reeking of humongous corruption, the country can no longer afford it, particularly with the advent of COVID-19 and its devastation on almost every facet of life, especially the economy.

That opening speech was timely, revelatory, and soothing to restive Nigerians, who had yearned to hear directly from their President on the prevailing issues, which touch lives and livelihood.

The retreat was put together by the office of the Secretary to the Government of the Federation, Mr. Boss Mustapha. And what yeoman’s job they did, considering the almost flawless organization and the quality of Faculty put together.

Rima Assi, Senior Partner, McKinsey &Company, while Joseph Tegbe, Ordu Obibuaku, Dimeji Salaudeen, and Umaru Abu served as technical partners. A star-studded team, if ever there was one.

VP Osinbajo, after the opening speech, gave an overview of the N2.3 trillion Economic Sustainability Plan, which is a direct response of the Federal Government to the ravages of COVID-19.

It was an illuminating session on what would happen in 12 months to reflate an economy in a stupor, and give hope to businesses and other endeavors. It’s to the future with hope.

Former PM Tony Blair was invited to share experience, and he sure did. His topic was Driving Growth in a Crisis. He gave his audience what we would never forget: The five Ps of Leadership, which are Prioritization, Policy, Personnel, Planning, and Performance Management.

It was like going through Business School again and taking a course in leadership. Nothing like hearing from someone with practical experience.

There are nine priority areas, which the government has identified for itself, aside from the three focal areas it campaigned on in 2015 and 2019. The priority areas are; Stabilize the macroeconomy, Achieve agriculture and food security, Ensure energy sufficiency in power and petroleum products, Improve transportation and other infrastructure, Drive industrialization, Improve health, education, and productivity, Enhance social inclusion and reduce poverty, fight corruption and improve governance, and Improve security for all.

There were nine breakout groups, each taking one of the priority areas, they brainstormed, identified challenges and prospects, and made recommendations. These they presented at plenary the next day. Very rich, worth the time and the exertion put in.

Albert Zeufack, Chief Economist at the World Bank for Africa, spoke on Driving Growth in a Crisis, from the economic perspective. When he finished, as Moderator of the retreat, I remember saying he spoke as if he were a Nigerian, and he lived with us in the country. Down to earth.
Our own Professor Ibrahim Gambari, Chief of Staff to the President, took us through the topic;

Delivering the Presidential Legacy: A Collective Responsibility. He charged participants to realize that the country looked up to us to assist the President to deliver on his promises. It would be to the good of all.

Ambassador Kingibe. The suave diplomat sent the hall into guffaws while delivering his paper. He let out a throaty cough and then assured that there was no need to panic. “Anybody who has known me in the past 60 years would know the reason for that cough.”

We laughed heartily. We know the reason for the cough. But do you? Well, let me keep the reason as a little secret.

The former SGF spoke on Managing Relationships Between Ministers and Permanent Secretaries/CEOs of Parastatals to Accelerate Delivery. Home truths from a pro, a man who has seen it all.

Day One ended, with participants loaded to the hilt. Emperor Festus had told Paul the Apostle, as the latter defended himself of sundry allegations: “Too much learning has made you crazy.” Yes, too much learning can addle the mind, so we closed for the day, after eight solid hours.

Only to return at 10 a.m the next day and to another eight hours. The President was seated, back from the ECOWAS Summit in Niamey. It was Judgment Day. Performance Review. And each Ministry came under the scrutiny of independent assessors, who delivered the scorecard. More on that report later. It was largely positive.

Dimeji Salaudeen spoke on Visioning the Future. Review of Key Priorities, Targets, and Presidential Legacy in the Next Two Years. His focus was on the economy, infrastructure, fighting corruption, and security. You know that these were key campaign issues for the administration.

Rima Assi, Senior Partner with McKinsey & Company spoke on Delivering Government Agenda: The Imperative of Revenue Mobilization and Enhancement. Yes, money answereth all things, says the Good Book. To achieve its goals and visions for the country and the people, the government needs to generate more revenue. Rima delved into how.

The Big Panel. That was how I described it, and here’s why. A 90 minutes discussion group was empaneled, and here are the members: Dr. Ahmed Lawan, President of the Senate, Mr. Femi Gbajabiamila, Speaker, House of Representatives, Dr. Kayode Fayemi, Governor of Ekiti State and Chairman Governors Forum, Mr. Babatunde Raji Fashola, Minister of Works and Housing, Dr. Folashade Yemi-Esan, Head of the Civil Service of the Federation, Mr. Mamman Ahmadu, Director General, Bureau of Public Procurement, and Professor Doyin Salami of the Presidential Economic Advisory Council. The session was chaired by Alhaji Yayale Ahmed, and the topic was: Collaboration to Deliver.

It was all about synergy between arms of government, in a way to deliver the vision of the President for the country. Deep and rich session.

SGF Boss Mustapha gave the final presentation on Execution and Linkage to Performance Management System-Making it Happen. It dwelled on the next steps.

And after that came the denouement. The man we had been waiting for. The President. He had sat through the eight hours, listening, and taking notes. Now, it was time to close the retreat.

The President spoke with passion, both from a prepared text and off the cuff, from the heart. He recalled the achievements of government in spite of multiple challenges. Progress made in agriculture, rail, roads, Second Niger Bridge, anti-corruption fight, battles against insecurity, and many others. He told government functionaries to play as a team, as “a convoy is only as strong as its slowest vessel.” Collaboration, coordination, and synergy were very important.

Shooting from the hips, the President spoke about those we call the Wailing Wailers, who see no good, hear no good, and say no good about the government: “I have to charge all of you to defend the government vigorously, and not allow irresponsible and politically motivated activists to keep spreading patent falsehoods about the government. Information to the public should be better packaged. Go on the offensive. We are proud of our achievements and we should blow our own trumpets.

True. I am proud of the achievements of this government. And that is why I blow the trumpet on this platform week after week. Thank you for joining me.

Related Topics:Covid-19Femi Adeshina
Up Next

History will be kind to Buhari – Garba Shehu