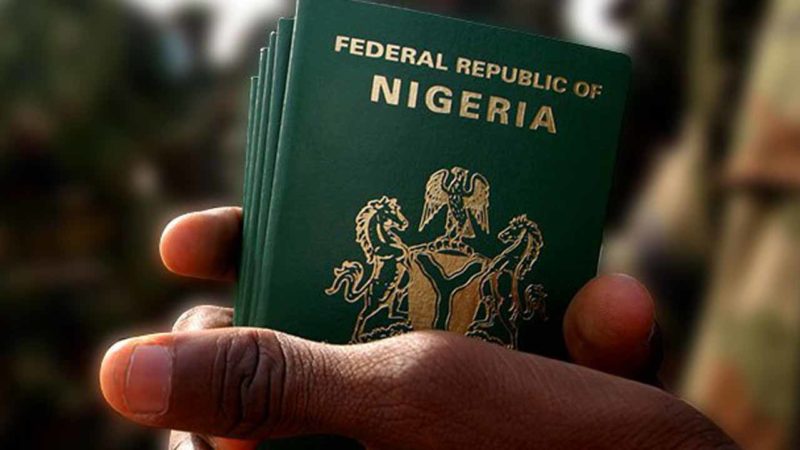 The Controller–General of Immigration Service (CGIS), Mr Mohammed Babandede, on Wednesday said that no Nigerian must pay cash to purchase his/her passport.

Babaandede made this known at the inauguration of the lounge tagged “ Longroom” in Lagos, vowing that the facility would provide Nigerians seeking to obtain International Passports a very pleasant environment.

The CG said the service was determined to be the topmost Immigration Service Provider globally.

Babandede said that the service would continue to embrace such Corporate Social Responsibilities (CSR) in order to enhance NIS service delivery to the public.

“ However, I appealed to the new Passport Control Officer ( PCO) of Ikoyi Passport Office, Mr Ibrahim Liman, to make judicious use of the new lounge.

“ The lounge must always be maintained and maximised, “ the NIS CG said.

He added that NIS was determined to fight corruption within its system.

“ As a matter of fact, the code of conduct for the service will be released in July.

“ Any officer caught collecting bribe will be relieved of his or her duty post ,” he said.

He enjoined Nigerians seeking to obtain International Passports with a view to travelling outside the country to follow due.

“ This due process is that applicants must apply online through the NIS website.

“ No Nigerian must pay cash to get International Passport.

“ This service has built plans that will eliminate the touts marauding themselves as passport legalised agents,” he said.

He confirmed that International Passports would be ready for collection three weeks after application.

He also said that the service had established a special desk for Nigerians who needed emergency Passports, especially, those who needed urgent medical attention.

The Managing Director of SNEPCo, Mr Bayo Ojulari, who spoke on behalf of the companies that donated the kingdom to NIS said that the companies were happy to be part of the success story of NIS.

He said, “the Longroom is part of journey of care under a partnership between NNPC and SNEPCo with the full support of SNEPCo’s co-venture partners.

“ Others are 14 units of air- conditioning systems comprising two standing units among others,” he said.

Ojulari said that the companies would continue to support NIS to enable it meet its obligations to Nigerians. (NAN)