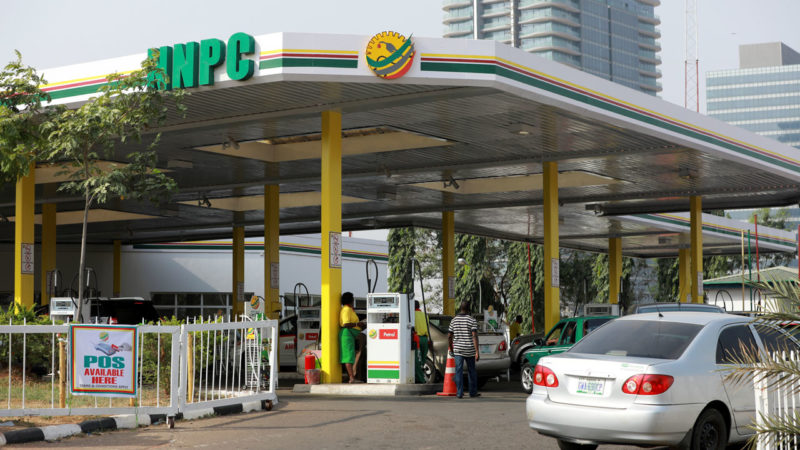 The Nigerian National Petroleum Corporation  (NNPC) says it recorded a trading surplus of ₦28.38 billion in September 2020.
The Corporation disclosed this in its Monthly Financial and Operation Report (MFOR)  for the month of September, released in Abuja, on Sunday.
It said that the amount was slightly lower than the ₦29.60 billion surpluses in August 2020.
The marginal reduction in surplus, according to the report, was a result of lower contribution from the Nigerian Petroleum Development Company (NPDC) which recorded zero crude oil lifting from the Okono Okpoho facility during the month under review
The situation,  it further attributed to ongoing repairs in the facility.
“However, other NNPC subsidiaries namely the Integrated Data Services Limited (IDSL), National Engineering and Technical Company Limited (NETCO), Nigerian Gas Marketing Company (NGMC), Petroleum Products Marketing Company (PPMC), and NNPC Retail posted impressive trading results.
” They recorded 268, 234, 21, 422, and 41 percent trading surpluses respectively over their previous month’s performance.
The report further noted that the corporation also recorded a total export revenue for crude oil and gas valued at 120.49 million dollars for the month of September.
“The 120.49 million dollars crude oil and gas export revenue is a 16.28 percent improvement on the 100.88 million dollars posted in August 2020.
“Out of the figure, proceeds from crude oil amounted to 85.40 million dollars while gas and miscellaneous receipts stood at 25.31 million dollars and 9.78 million dollars respectively,” it revealed.
In the gas sector, a total of 223.82billion cubic feet (bcf) of natural gas was produced in the month under review translating to an average daily production of 7,460.80million standard cubic feet per day (mmscfd).
For the period September 2019 to September 2020, a total of 3,039.05bcf of gas was produced representing an average daily production of 7,730.35mmscfd during the period.
“Period-to-date production from Joint Ventures (JVs), Production Sharing Contracts (PSCs) and NPDC contributed about 69.10, 20.29, and 10.61 percent respectively to the total national gas production.
“Out of the 221.91bcf of gas supplied in September 2020, a total of 140.45bcf was commercialized, consisting of 36.37bcf and 104.08bcf for the domestic and export markets respectively,” it said.
It further noted that the supply translated to a total supply of 1,212.17mmscfd of gas to the domestic market and 3,469.45mmscfd of gas supplied to the export market for the month.
This, it said implied that 63.29 percent of the average daily gas produced was commercialized while the balance of 36.71 percent was re-injected, used as upstream fuel gas, or flared.
It noted that the gas flare rate was 6.66 percent for the month under review (i.e. 492.93mmscfd compared with the average gas flare rate of 5.84% i.e. 439.90 mmscfd for the period of September 2019 to September 2020).
To ensure effective supply and distribution of Premium Motor Spirit (PMS) across the country, a total of 0.59bn liters of PMS translating to 19.59mn Liters/day was supplied for the month in the downstream sector.
During the period under review, 21 pipeline points were vandalized representing about a 43 percent decrease from the 37 points recorded in August 2020.
Of this figure, it said that Mosimi Area accounted for 90 percent of the vandalized points, while Port Harcourt Area accounted for the remaining 10 percent.
It assured that the NNPC, in collaboration with the local communities and other stakeholders, continuously strive to reduce and eventually eliminate this menace.
MORE READING!  Taiwan releases list of 10 military court judges who sentenced 1,153 detainees to death
Related Topics:nnpc
Up Next