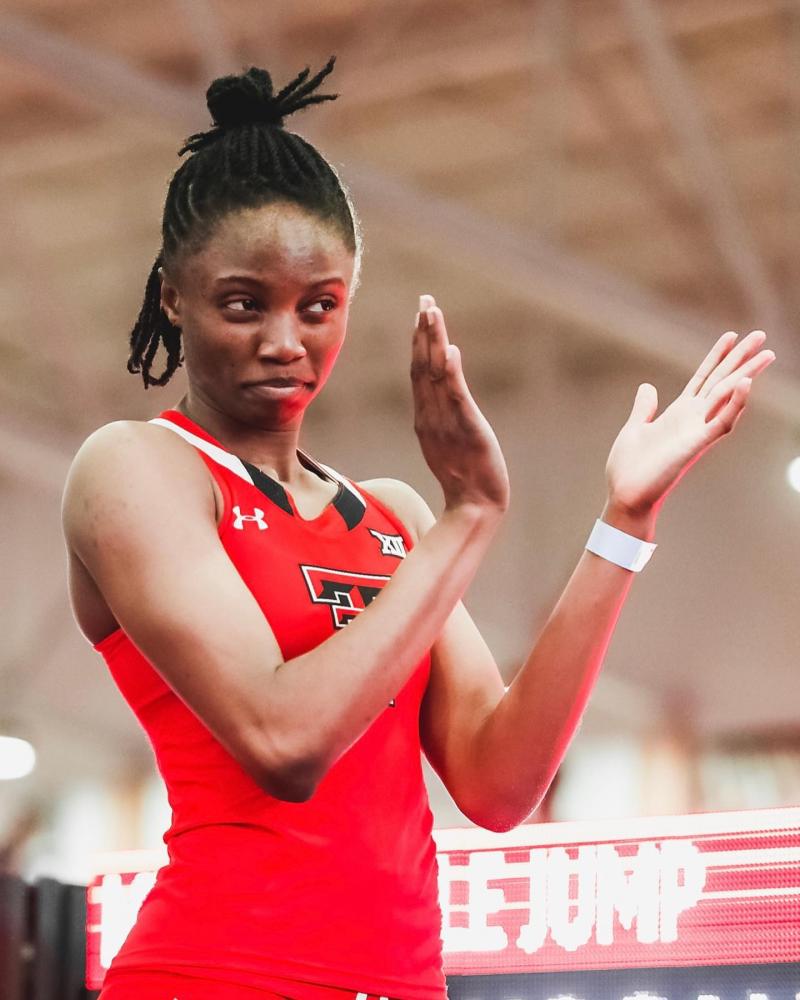 The Texas Tech senior set the Nigerian national record in the women’s triple jump and elevated to the No. 2 indoor performer in NCAA history on her first attempt of the season with an effort of 46 feet, 10.25 inches (14.28m).

Orji, an eight-time individual champion at Georgia in addition to being selected 2018 NCAA Woman of the Year and the Bowerman Award winner, had a long jump of 21-4.75 (6.52m) and triple jump of 46-10 (14.27m) during a two-day competition her senior year at the NCAA Division 1 Indoor Championships at Texas A&M.

Speaking about her achievements, Usoro told texastech.com: “I was really surprised when I saw it…I wasn’t expecting it at this time. It’s so early. I am just very thankful to God right now.”

“Our jumps group has rated Ruth the undisputed best teammate on the planet,” Texas Tech associate head coach James Thomas added. “It is fitting she is now amongst the very best performers in NCAA and Nigerian history. Moments like these allow all of us to feel unbelievably proud of her.”

Related Topics:Ruth Usoro
Up Next