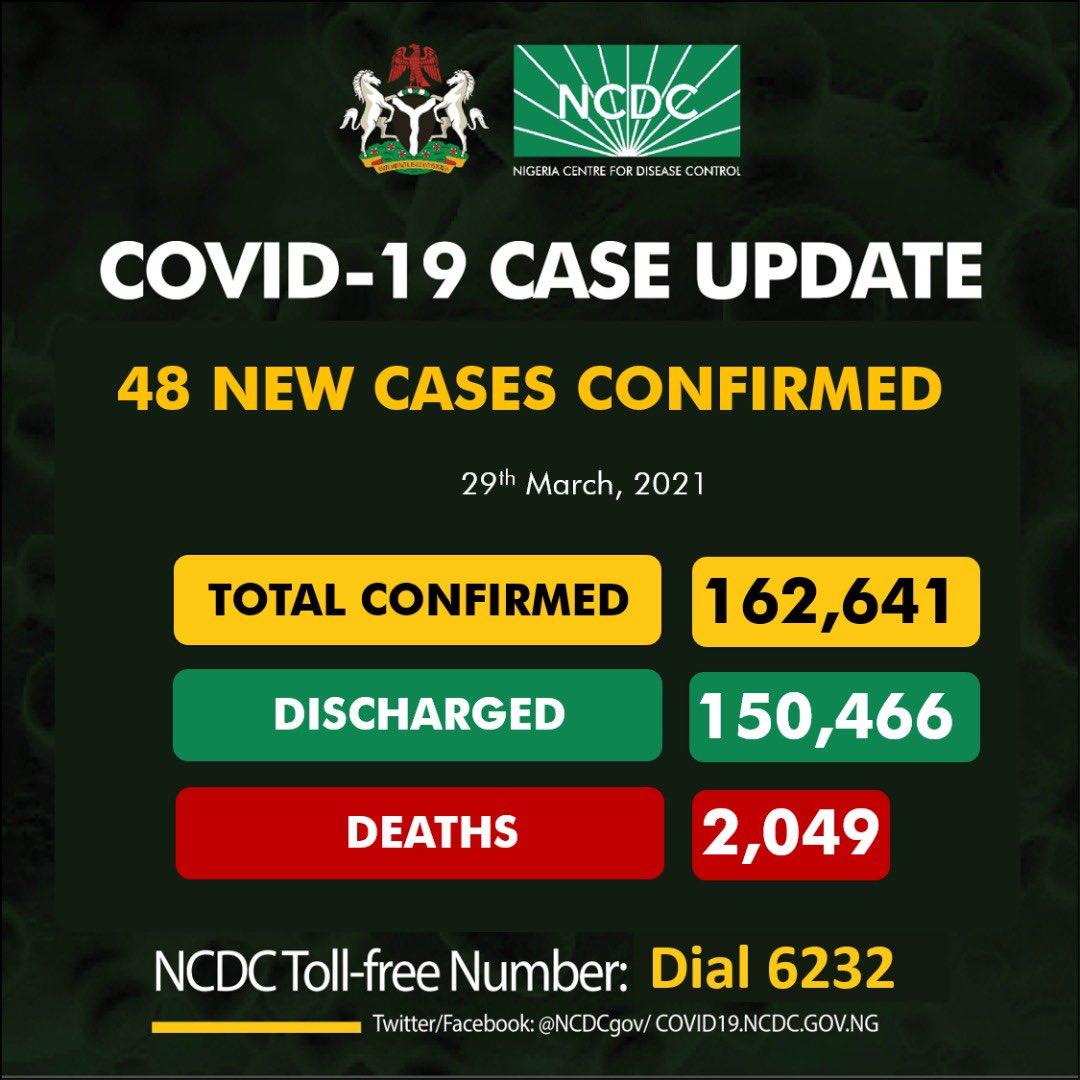 The Nigeria Centre for Disease Control has reported 48 new cases of the deadly coronavirus.

The agency made the disclosure in the early hours of Tuesday via its verified Twitter handle while announcing the report for Monday March 29.

According to the NCDC’s statement, the 48 cases were reported in eight states, taking the total number of cases to 162,642.

The NCDC also noted that it recorded one death on Monday bringing the death toll to 2049 since Nigeria reported its index case in February 2020.

According to the NCDC, 1,767,694 samples have been tested till date, with 40,227 samples tested in one week, the News Agency of Nigeria added.

The health agency said that 158 more people were discharged after testing negative to the virus across the country in the last 24 hours.

“Our discharges today include 28 community recoveries in Ekiti State managed in line with guidelines,” NCDC stated.

Since reporting its index case, the agency said that the country has discharged 150466 patients while its active cases stand at 10,363.

Related Topics:Covid-19National Centre for Disease Control (NCDC)
Up Next