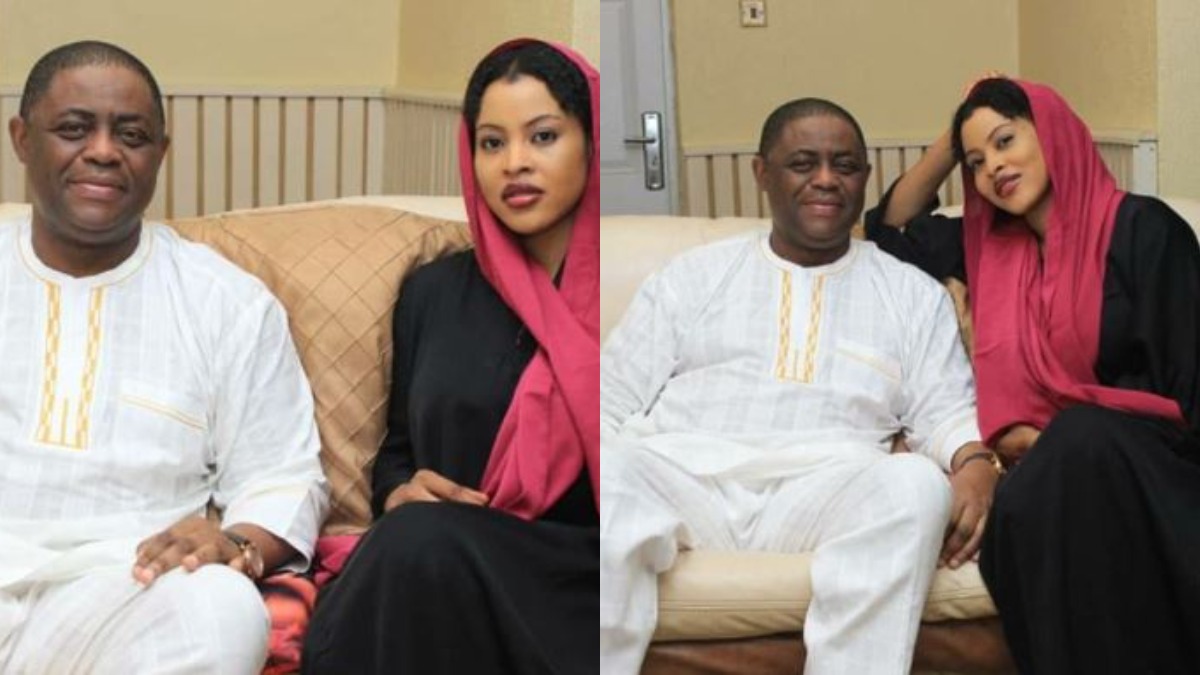 Nigerians have reacted after former minister of aviation, Femi Fani-Kayode, shared pictures he took with a lady who reportedly will soon become his fifth wife.

Journalist Kemi Olunloyo who has been reporting about their marital crisis revealed that the former minister is getting set to take a fifth wife.

“This is the woman who may be Chief Fani-Kayode’s fifth wife named Halima Yusuf, a Fulani lady. She reportedly comforted him and kept him going for the last one year after he caught Precious in bed with another man.”

A new Instagram post by Fani-Kayode shows pictures which he took with the lady. This has led some of his followers to wonder if the report about a fifth wife is true.

echiomaofficial wrote: “Another wife? To think I used to respect this man.”

jud2924 wrote: “They bankroll you for using women anyhow, God have mercy on you.”

cciheomamere wrote: “How on earth did you guys deduce from this picture that there’s a romantic relationship between them? Some of you shouting here are having serious issues in your marriages just that you’re not as popular as he is for yours to be played out by the media. Nigerians should chill sometimes it’s not as if he’s even kissing the woman and even if he was, what’s your business? Are you his wife?”

alexrichy9 wrote: “Sir! May your daughters be treated exactly the way you’ve treated these women.”

huskylala wrote: “FFK, what’s going on? Where is Precious that we know? Which one is Halima Hatun?”

hardewuzy wrote: “So, what is this suppose to mean? You have a new 5th wife? You couldn’t work things out with precious who gave you wonderful 4 boys. It’s now looking like you got this all planned even before the breakup.”

nk_asanwa wrote: “Oga not up to 2 months you’re flaunting another woman. I thought you’ll stop being shameless at 60. Why not do it privately?”

Related Topics:FeaturedFemi Fani-Kayode
Up Next

I pity women who marry men with no class, Actress Mimi Orjiekwe says