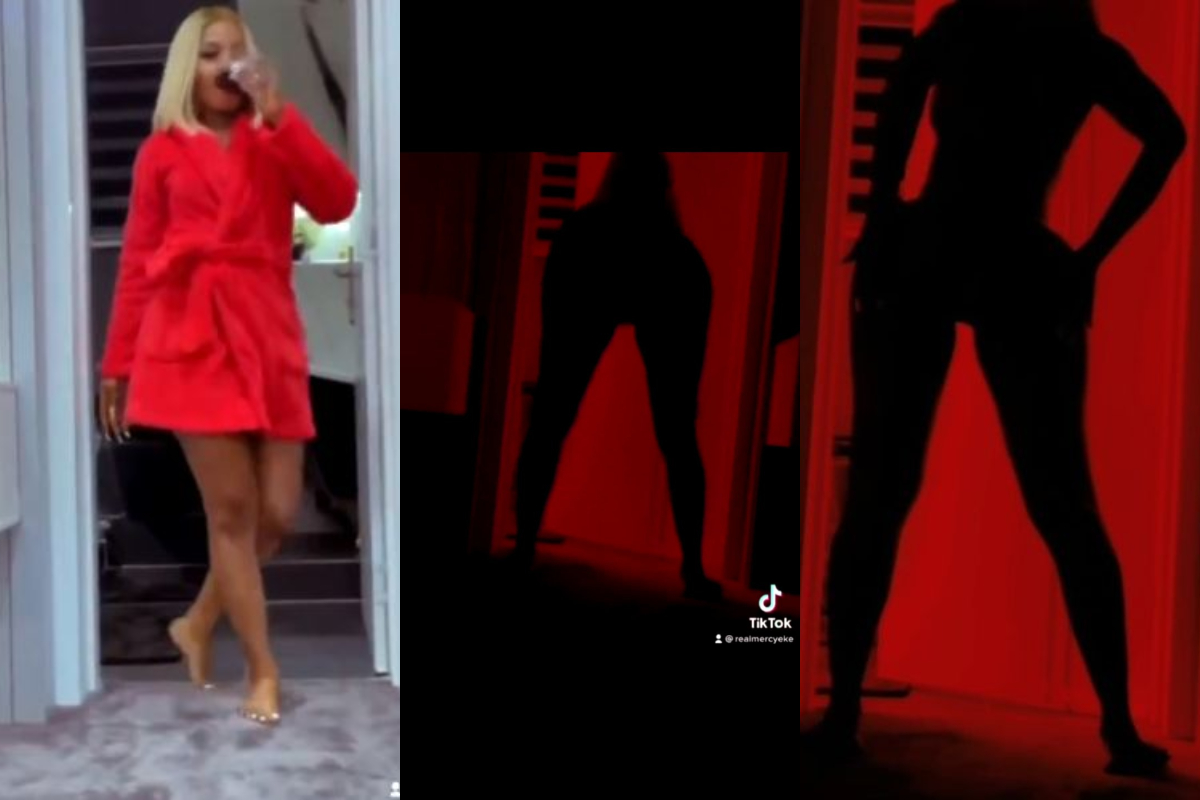 Nigerians on Instagram have reacted to BBNaija ex-housemate, Mercy Eke’s decision to bring down her @Silhouettechallenge video.

Recall that a few days ago, the 27-year-old who was the first BBNaija reality star to participate in the trendy challenge shut down the internet after participating in the trendy #sihouttechallenge.

However, the video which gained more than 400k views in less than 10hours has been deleted from her Instagram page.

This has garnered lots of comments from Nigerians and some think she has finally received enough sense and wisdom to bring down such video.

See some of their comments below;

@officialqueenylisa wrote “She has received sense”

@macdenemmanuel wrote “The internet never forgets. It’s gonna hunt most someday. We all have it, the deed is done, why deleting?”

@immacabella wrote “Ashamed I guess.. cus she thinks others will follow the same pattern but they change it…. And she may be receiving backslash from it too”

@mclighthassan wrote “Already saved for future purposes if she like make she delete her IG, internet doesn’t forget…. we move till then”

VIDEO: It’s not your business how people make their money, who made you judge? Lilian Afegbai asks

I pray my daughter marries an old man like me, Ned Nwoko replies troll