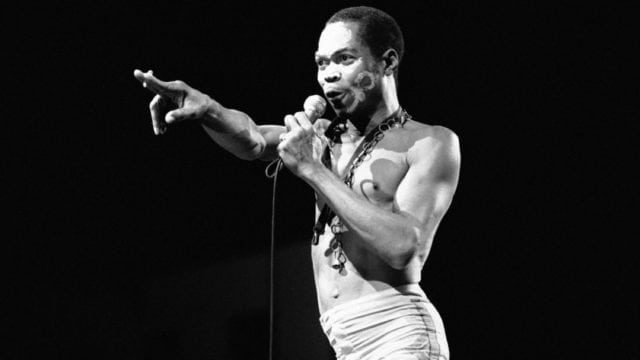 Nigerians were quite caught aback as Afrobeat pioneer, late Fela Anikulapo Kuti, was snubbed in the 2021 Rock and Roll Hall of Fame induction after coming second.

The late music icon was ousted by Tina Turner on the voting list despite previously leading the category by a wide margin as of February 12.

WUZUPNIGERIA reported that Fela led Turner by 16 thousand votes at that time, with the likes of The Go-Go’s, Iron Maiden, Foo Fighters, Jay-Z, Dionne Warwick, and Carole King all falling behind the Nigerian icon.

Unfortunately, Fela emerged second when the fan voting concluded on May 8, scooping more than 545,000 votes at the end of the poll.

WUZUPNIGERIA added that the polls accrued to Fela were some 40,000 votes behind those of Tina Turner, who with 585,000 ballots, emerged victoriously.

Despite coming second, Fela didn’t make the induction leaving the likes of Foo Fighters, The Go-Go’s, JAY-Z, Carole King, Todd Rundgren and Tina Turner as the inductees in the performer’s category and this has led Nigerians fuming.

Quizzed by his fans about the outcome of the induction, Femi Anikulapo-Kuti, son of the late Afrobeat legend maintained that his late dad, Fela, “is the Chief Onile Orisha of our Shrine Raised fist.”

“Apparently, there’s another vote only members can take part in, and that’s what counts. So they kind of wasted our precious time, the positive side #Fela was trending and many who never heard of him got to hear his music and his story,” Femi added.

Not satisfied with the snub, Brand Manager, Wale Adetona said, “This is bullshit! With all the massive campaigns and votes for Fela, you still don’t count him worthy to make the list? You must think Nigerians are a joke to you! Don’t come to the Mainland!”

In the same vein, @WizkidtheLegend wrote: ” #RockHall2021 Fela came 2nd on the final day of Voting, the Go-Go’s 3rd, Foo Fighters 5th. 3rd& 5th were inducted, leaving out 2nd. @rockhall, care to explain why you made us vote massively for Fela when you knew induction wasn’t going to be based on the final poll results?!”

Reacting to a publication by New York Post suggesting that Jay Z led the poll, Popular influencer, J.J. Omojuwa wrote: “They used Nigerians to drive numbers to their site but ignored Fela in the end. This felt like a crime.

“No disrespect but this is rubbish. It must have taken a lot of effort to ignore Fela here. Absolute nonsense!”

@Kaybisola however noted that “Fela is forever a legend na. We don’t need any votes for that and we don’t need the validation of Oyinbo people. Thinking deeper on this thing, it feels like an appropriation and our participation in it validates their appropriation.”