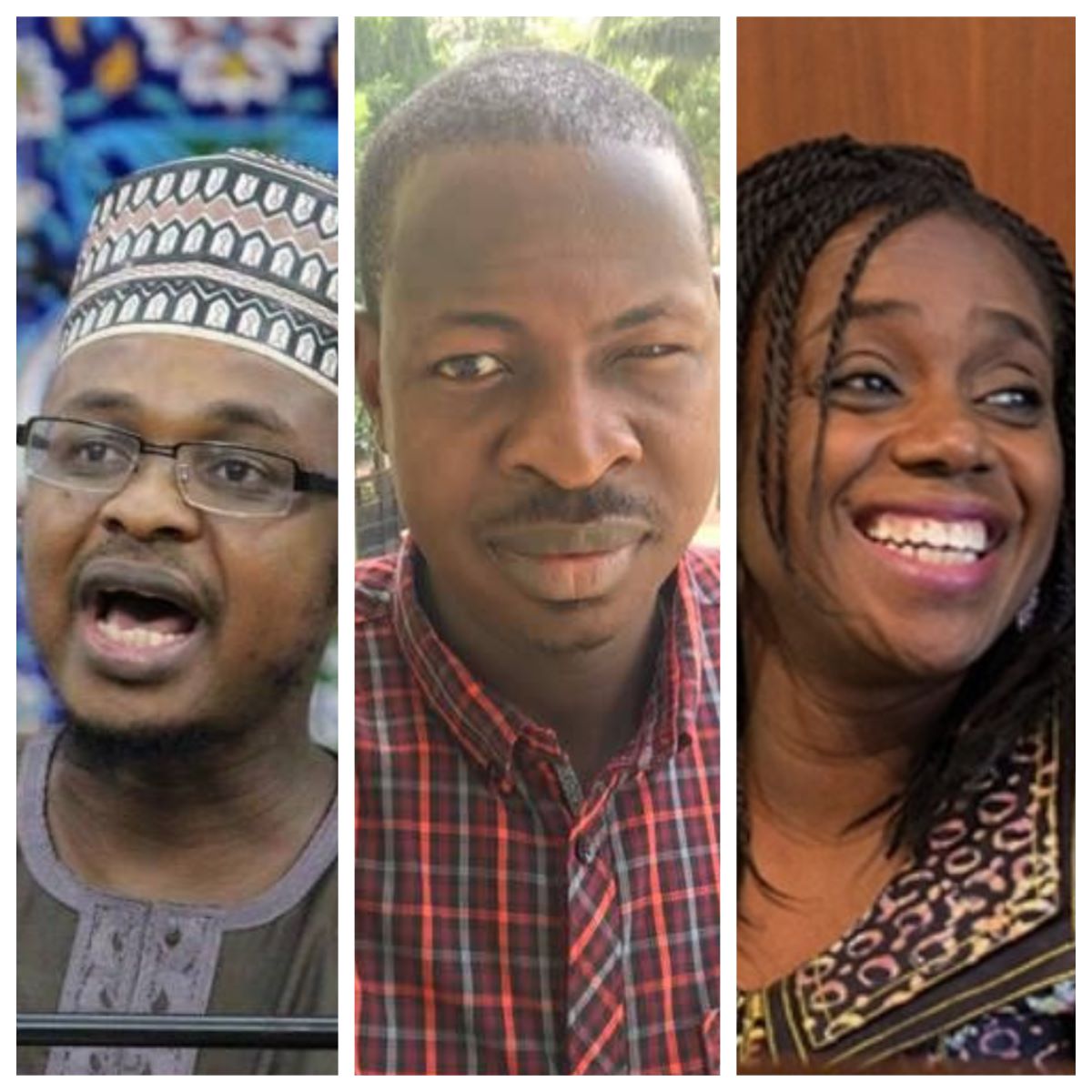 Daily Trust’s deputy editor, Abdulaziz Abdulaziz on Friday came under heavy criticism on social media when he pleaded with Nigerians to pardon the Minister of Communications and Digital Economy, Isa Pantami.

Recall that the journalist, in a July 7, 2018 write-up published by Premium Times, exposed Adeosun who he declared presented a fake certificate to the presidency.

Abdulaziz authoritatively reported that the former minister who hails from the South-Western part of the country “did not participate in the mandatory one-year national youth service scheme, instead, she forged an exemption certificate many years after graduation.”

According to him, Adeosun submitted an “Oluwole certificate” which translates as ‘fake’ to clinch the high-profile job at Quo Vadis Partnerships (managing director), Ogun State Government (commissioner for finance) and Federal Government of Nigeria (minister of finance).

Consequently, the former investment banker who is a dual Nigerian and British national was forced to resign on September 14th 2018 as a result of the allegations surrounding the forgery report.

“This has come as a shock to me and I believe that in line with this administration’s focus on integrity, I must do the honourable thing and resign,” she said.

Fast-forward to April 2021, available evidence has shown that Pantami has an affinity with global terrorist groups, Taliban and Al-Qaeda.

In the report published by Peoples Gazette on April 16, 2021, Pantami was quoted saying “We are all happy whenever unbelievers are being killed… but the Sharia does not allow us to kill them without a reason.”

“Our zeal (hamasa) should not take precedence over our obedience to the sacred law,” he added.

Nigerians who got wind of the report took to Twitter to demand Pantami’s immediate resignation over the terrorism links.

Unfortunately, rather than consolidate on his previous feat as witnessed in the case of Adeosun, Abdulaziz chose to plead for leniency and forgiveness on behalf of Pantami.

He urged Nigerians not to judge the minister, a fellow northerner, with his past.

Using his official Twitter handle @Abdulfagge, Abdulaziz tweeted: “Public officers deserve all the scrutiny. But while we’re at it we’ve to be thorough, fair & nuanced. Yes, we can dig the past but passing judgment would have to alongside context and current realities. A lot of people have had a severed past.

“We all have a past. Not everyone will escape if our past actions and speeches are used against our present positions. Opinions and stands do change in the face of new knowledge or facts, or even maturity. And being progressive, other than dogmatic is whole mark of great minds,” he tweeted.

His comments, expectedly, generated backlash from Nigerians who flooded his social media account with scathing remarks.

An aggrieved tweep, David Hundeyin attacked the journalist and labelled him a mentally challenged Northern cultist.

“You Arewa cultists are sick in the head. You have an actual mental disability. Was this not you who did an expose on a cabinet minister’s shady past? But because Isa Pantami is your Arewa brother in arms, you want to speak all the English?”

According to @pdaudawrote, “I am convinced people that reason like you will attempt to burnish an actual terrorist that murdered and plundered Nigeria in the near future. There are lines that must not be crossed for sanctity to be maintained in society.”

@Mr_Tunic said, ” Kemi Adeosun resigned after the expose you did on her NYSC certificate forgery – one that she probably can be vindicated of – but Pantami should be forgiven for being a “former” jihadist and strong support of Osama? As per he was born to rule? You need to be investigated as well.”

On her part, @ivandidel wondered why Abdulaziz was speaking from both sides of his mouth.

@macQaries wrote, “There is evidently no difference between you @Abdulfagge and @DrIsaPantami. You all hold same views on terrorism because if you don’t, Pantami’s view on Al-Qaeda whether old or recent should be sickening to you. infact walahi talahi YOU ALL ARE MAD!”

@arinzembielu added that he has lost respect for Abdulaziz. He said, “Tell me how you reacted with Kemi’s past…I use to rate you before but now I know…most of you are all same…even when your folks are dying from your wickedness you will still defend them, is it ethnic or religious related?”