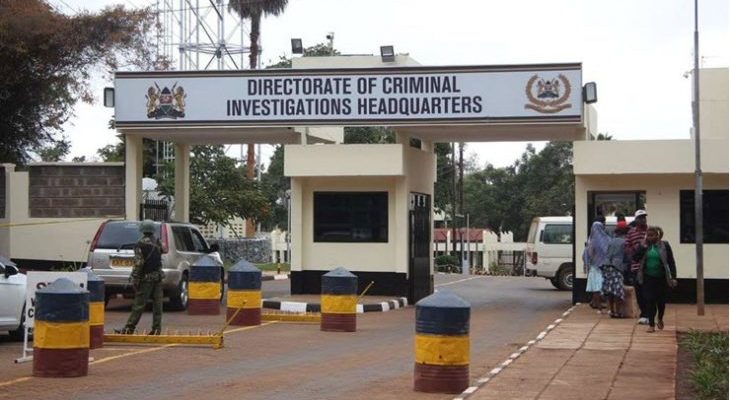 The directorate of criminal investigation in Kenya has arrested three Nigerians over the disappearance of a 15-year-old schoolgirl in Ruaka, Kiambu County.

The Nigerians identified as Morah Stanley Apple, Boniface Nnamdi Nkachukwulu and Godwin Ovoepeke were arrested on Sunday, January 3, by detectives from the Directorate of Criminal Investigations (DCI) at courtyard apartments within Ruaka township, where the girl was last seen.

DCI in a statement said the missing teenager was seen visiting the said apartment and also in the company of the three men on diverse dates during the festive period.

“The minor’s distraught parents have been looking for their daughter in vain, only to realize that she had on various occasions been lured to the apartment where the three men reside,” the DCI said in a statement.

Neighbours also reported to have seen the minor in the company of the Nigerian men.

A report by the DCI revealed that the three had been trying to lure the minor into their house, a narrative supported by neighbours.

A 20-year-old Kenyan, Neema Maisori, who was in the company of the suspects, was also arrested during the operation.

“Detectives are still looking for the minor, who was not in the house at the time the arrests were made,” the DCI added.