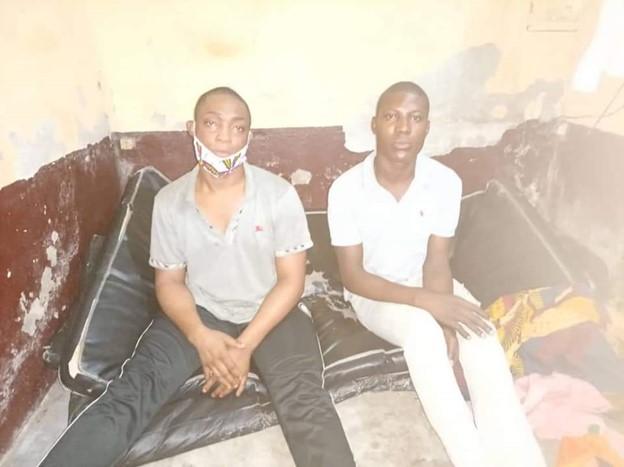 Miss saHHara, a Nigeran British transgender, has condemned the imprisonment of two crossdressers – Shakiro, identified in police documents as Loïc Njeukam and one Patricia – for five years by the Cameroonian government.

Shakiro, also known as Cameroon’s Bobrisky, and Patricia whose real name is Mouthe Roland, were also fined 200,000 CFA (USD $370) under a law that forbids same-sex relations. Their imprisonment has been described as a death sentence by the Human Rights Watch (HRW).

Cameroonian authorities arrested Shakiro and Patricia in Douala on February 8, for wearing typically female clothing. After interrogation, without a lawyer present, they were reportedly beaten and threatened with death. They were allegedly also forced to sign statements by the security operatives against their will.

HRW alleged that the duo were later taken to the Douala central prison where they reported being beaten and insulted by guards and other inmates.

Reacting to the duo’s arrest, Miss saHHara, while condemning their incarceration, said she had also been in the same shoes in her country of birth Nigeria

She wrote on Instagram: “When the hell would this bullshit stop? Everyone please tag your favourite; I went through this same thing in Nigeria! Absolutely disgusting! We are in 2021, not 1921! Two transgender women in Cameroon have been sentenced to five years in jail for contravening ‘homosexuality laws’. BASICALLY, THEY ARE JAILED FOR EXISTING!!!! We must not keep quiet! 5yrs jail for being LGBT+. We must fight back”

WUZUPNIGERIA reports that the duo were sent to the New Bell Central Prison in Douala to serve their jail term.