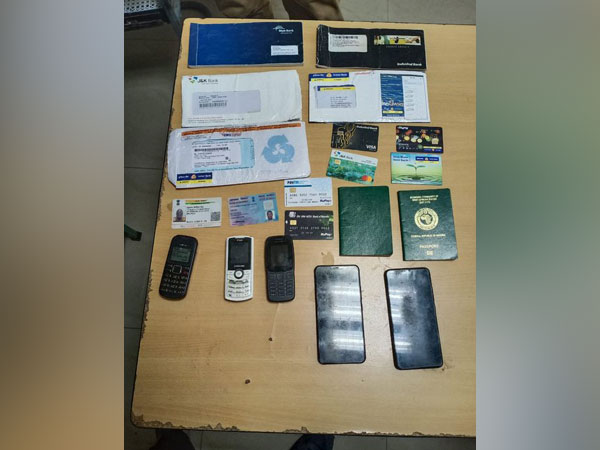 Tochukwu Christian Nwosu, a Nigerian living in India, has landed on the wrong side of the law in the Asian country after he allegedly scammed a senior police officer of Rs 97,000 (about ₦498,120.81).

Nwosu was said to have swindled the policeman on the pretext of sending money to his close friend in the United States.

ANI, a news medium in India, reported that the police recovered five mobile phones used in the crime, six ATM cards issued in the name of different persons and five chequebooks from the Nigerian.

“Delhi Police have arrested a Nigerian national who cheated a senior police officer of Rs 97,000 on the pretext of sending money to his close friend in the US”, the Delhi Police said in a media release. “Five mobile phones used in the crime, six ATM cards in name of different persons and five cheque books recovered.”

The money, according to reports, was transferred from the police officer’s Central Bank of India, Defence Colony branch bank account on 19 April 2021 after Nwosu, who pretended to be the victim’s US-based friend, contacted him via WhatsApp call and requested him to send the amount.

But after cross-checking with his friend, he realised that he had been cheated, said the police.

During the course of the investigation, the team analysed beneficiary account details and other documents related to the account and during analysis, it was revealed that the accused was living in the area of Chhattarpur and Uttam Nagar.