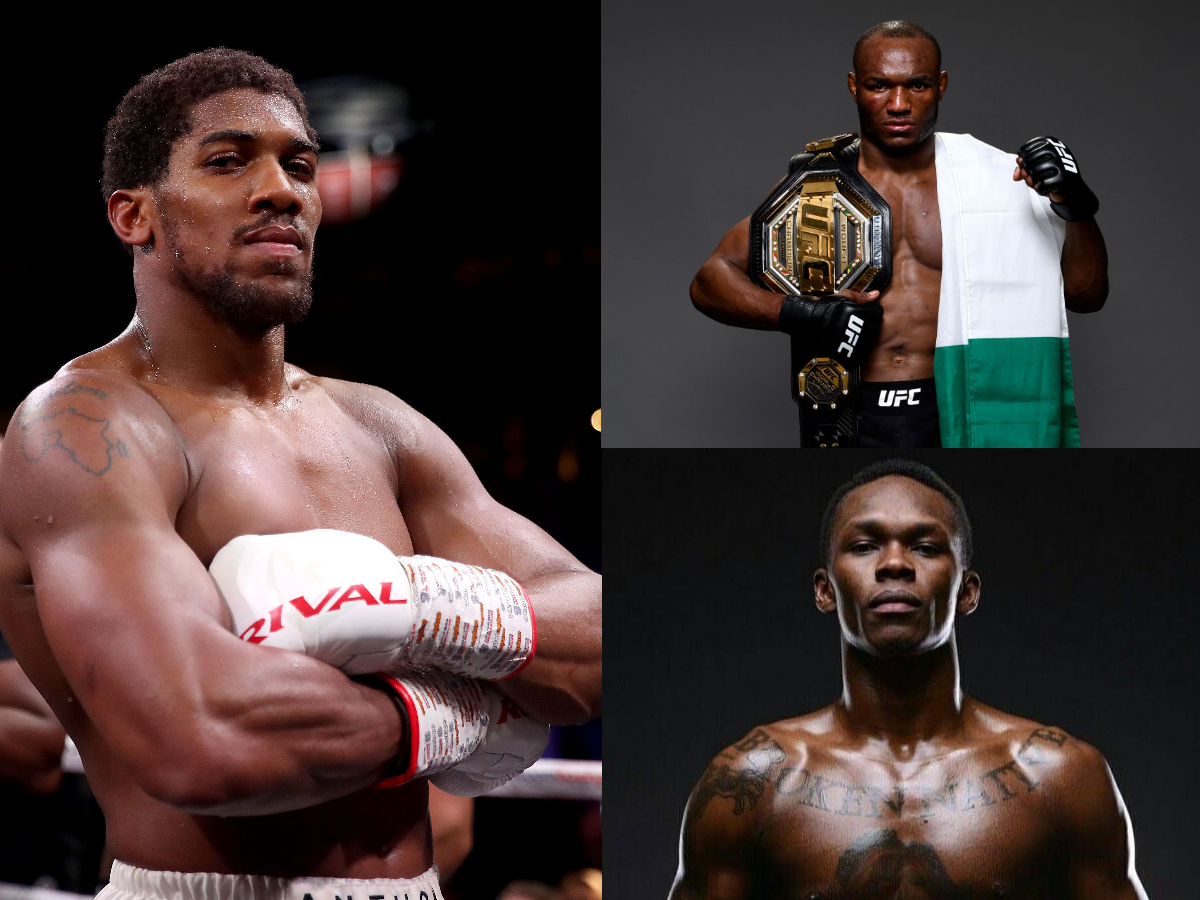 Nigeria is one of the world’s most popular country, rich in culture, music, arts and most importantly sports. The country has produced many on the long list of the finest ever to grace the sporting stage.

From Football legends like J.J Okocha and Daniel Amokachi to music legends like Fela Anikulapo Kuti, King Sunny Ade and many more, Nigerians who have done themselves and the country proud in their various professions, home and abroad, abound.

Narrowing the exploits of Nigerians down to combat sports, you will find the likes of Hogan ‘Kid’ Bassey who was the first man of Nigerian descent to become a world boxing champion in the featherweight category; Nojim Maiyegun – Nigeria’s first Olympic medalist who won the bronze medal in the men’s Light Middleweight category at the 1964 Summer Olympics in Tokyo, Japan and Dick Tiger, a professional boxer who held the World Middleweight and World Light Heavyweight Championships, to name a few.

From the early 90s to the late 90s, the likes of Samuel Peter, David Izonritei, Ike Ibeabuchi and Duncan Danagogo Dokiwari, have carried on the legacy of the Nigerian dream despite the economic and political negativity hurting the development of the beautiful nation and its talents.

However, most recently, there is a wave of Nigerian heavyweights taking the world of combat sports by storm from boxing to UFC (Mixed Martial Arts). 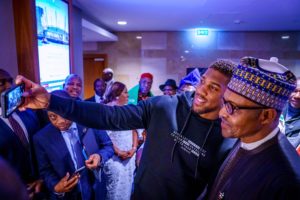 First on the list is Anthony Joshua, a two-time unified heavyweight champion, having held the WBA (Super), IBF, WBO, and IBO titles since December 2019 and previously between 2016 and June 2019.  The 30-year-old had an undefeated run in 22 professional fights, 21 of those coming by way of knockout. His heritage lies in the bustling city of Sagamu, two hours’ drive from Lagos. Joshua lost his fight ever professional fight against Andy Ruiz Jr in June 2019 but fought back bravely in December of the same year to regain his belt by defeating Ruiz in the rematch. 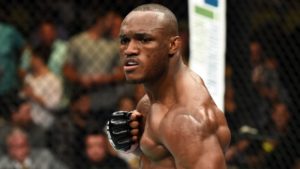 From boxing to Mixed Martial Arts, Kamaru Usman -left the shores of Nigeria as an Auchi born eight-year-old for the United States of America. He is the current UFC Welterweight Champion. Usman is also The Ultimate Fighter 21 tournament winner. As of July 14, 2020, he is #5 in the UFC men’s pound-for-pound rankings. He started wrestling in high school and made his UFC debut in 2012. Usman, 33, is the first-ever Nigerian-born champion in UFC history. Usman’s fight card stands at 17 wins and one loss in 18 professional fights having and is on a 10 game unbeaten run.

Usman is joined by Israel Adesanya aka ‘Last Stylebender’, burst into stardom by defeating UFC legend and longest-reigning champion in the competition’s history Anderson Silva. He has also competed in kickboxing and boxing.  The 32-year-old is the current UFC Middleweight Champion and has an undefeated record of 19 wins and no losses. 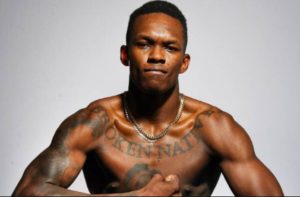 In kickboxing, he is the former Glory middleweight contender winner and King in the Ring two-time cruiserweight and heavyweight champion. As of 24 May 2020, he is #4 in the UFC men’s pound-for-pound rankings. Adesanya is often regarded as one of the best strikers in the world of mixed martial arts as well as one of the best in the sport’s history. 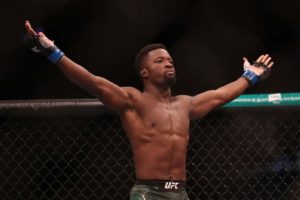 The pack is also joined by Sodiq Yusuff who is also a Mixed Martial Artist striding through the octagon with bursting moves and records. Nicknamed ‘Super’, the 27-year-old hold a Pro MMA Record of  11 wins and one loss with a current Streak of 6 Wins. 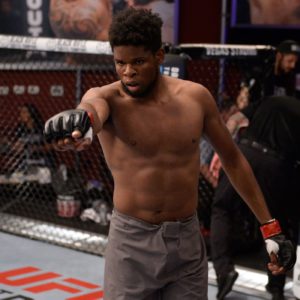 Kennedy Nzechukwu | Photo by Chris Unger/DWTNCS LLCAnother Nigerian to look out for in the UFC is Kennedy Nzechukwu who holds a Pro MMA Record of seven wins and one loss with no draws. Nicknamed ‘African Savage’, his current streak is one win having only recorded his first professional loss in 2019 at the hands of Paul Craig. The 28-year-old return to winning ways in his next match against Darko Stošić by unanimous decision.

Larry Ekundayo is a Nigerian professional boxer who started boxing for self-defence at the age of 12. In 1998, he won the Nigerian Amateur Bantamweight Championship and participated in the 1999 All African Games in South Africa. He made a career switch from bantamweight to welterweight and won the Nigerian Amateur Welterweight Championship in the year 2000. He participated in the year 2002 Commonwealth Games in Manchester, UK and finished as a quarter-finalist 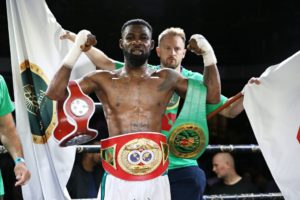 Larry’s career as a professional boxer started in November 2012 when he defeated three boxers in one night to become the Light Middleweight Prizefighter champion in London. He was the first boxer in the competition to be given a £2,000 knockout bonus

In 2006 and 2007, he won the championship title of the London Regional Amateur Boxing Association (ABA) championship. As an amateur, he won 110 of 125 fights he was engaged in. On 30 October 2016, he defended his African Boxing Union’s Welterweight title by beating Ghanaian boxer, Joseph ‘The Double Horror’ Lamptey. On 13 July 2018, he won the European International Boxing Federation title by defeating John Thain in London in a fight that lasted 12 rounds.

However, one unique fact about these amazing sportsmen is that they identify with Nigeria either through the national flag, music during their official fact or body art. They also flaunt Nigerian during press conferences – Israel Adesanya is known to have spoken Yoruba (a Nigerian language) in a live post-fight interview after retaining his UCF belt and has visited Nigeria with the gold belt from his base in New Zealand.

Anthony Joshua, on Commonwealth Day in 2020, addressed members of the Royal Family, including the at a service attended by the Queen of England, where he proudly flaunted that “my heritage is Nigeria… I am proudly Nigerian…”