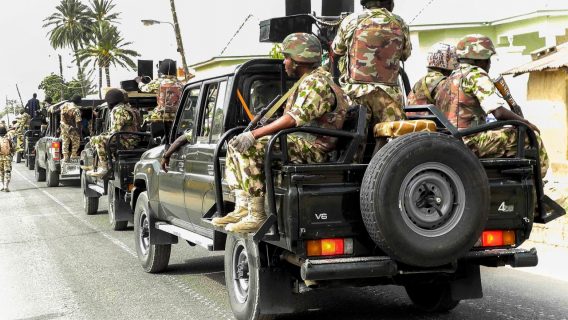 The Nigerian Army has announced that it is set to recruit interested Nigerians into its fold, according to Major General U.S. Yakubu, chief of administration.

In a statement on Sunday, the army informed the general public and all interested qualified candidates that the online registration for 81 Regular Recruit Intake for both Trades/Non Tradesmen and women will commence on 15 February, 2021.

All applicants must be Nigerians and not less than 18 years old. Non-tradesmen or women applying must not be more than 22 years old.

Tradesmen and women who are interested in the military career must also not be more than 26 years old at the commencement of training by 31 May.

The applicants must also have four passes in WASSCE or GCE, NECO or NABTEB at Ordinary level, including English language.

“But knowledge of additional Nigerian language other than mother tongue is an added advantage”, the army said.

Male applicants are expected to be at least 1.68m tall and female 1.62m.